UK fintech investments up 37% compared to first half of 2016 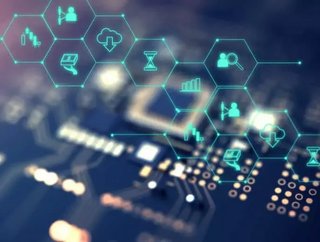 UK's fintechindustry is beating post-Brexit blues as investment in start-ups hits $564mn, a rise of 37% when compared to the first half of last year, re...

UK's fintech industry is beating post-Brexit blues as investment in start-ups hits $564mn, a rise of 37% when compared to the first half of last year, reports Innovate Finance.

Foreign investment is playing a key role in the industry sustaining fast growth despite fears surrounding Brexit, whilst some technology companies have decided to up sticks and move to Frankfurt.

This moves Britain to third place globally for fintech investment, only trailing behind the US and China, but there is still some way to go before investments beat the 2015 record of $1.3bn for the entire year.

Atom and Funding Circle boasted the two biggest investments during the six-month period, with both hitting over $100mn in Series funding.

Abdul Haseeb Basit, Innovate Finance's chief financial officer, commented that there has been an "improving recovery" ever since the vote to leave the European Union in June last year.

"We saw a period of uncertainty over the summer last year but I would say that by around the third quarter, things were starting to recover," said Basit.

However, not everything is rosy for the finance sector - a growing concern that departure from the EU will lead to a lack of highly-skilled talent "remains a worry."

"Talent is the number one concern, and this has consistently been the case since the referendum," Basit said in regards to Brexit.

Whilst the government has identified fintech as a key industry for attention, some investments reportedly had a "Brexit clause" according to Basit which means that some funding was pulled after the referendum result.

As the industry provides $9bn to the economy and a further 60,000 jobs, a pivotal strategy has been to ease the worries of those investors - the UK's lack of strict regulation and overall pro-business approach has gone some way to providing a case that nothing will change, but Germany and France are providing stern competition.