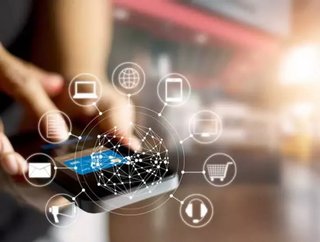 Credit technology firm Vantiv has agreed a deal to acquire Worldpay for $10bn, despite reported interest from JPMorgan and disappointment from investors...

Credit technology firm Vantiv has agreed a deal to acquire Worldpay for $10bn, despite reported interest from JPMorgan and disappointment from investors.

Share prices plummeted after the announcement was made on Wednesday, falling by 8.8% to £3.72 - slightly below the £3.85 that Vantiv is offering per share.

The 19% premium that Vantiv is currently paying means that Worldpay shareholders will receive 55p in cash and the remainder as shares in the US firm.

As a result, a restructuring is in the works as both companies merge. Vantiv's chief Charles Drucker will become co-chief executive alongside Worldpay's Philip Jansen, whilst the board will consist of seven directors from Vantiv and four from Worldpay.

The deal has been prompted as Vantiv is keen to explore Europe's digital and card transactions - something the UK-based Worldpay can help with.

In a statement, Worldpay commented that the deal "creates a scale world class payments group in a dynamic market."

"Both boards see compelling strategic, commercial and financial rationale for combining Worldpay and Vantiv, which will serve merchants around the world in the e-commerce market."

The two companies will share headquarters between Worldpay's London office and Cincinnati, where Vantiv is based.

Worldpay was formed in 1989 as a subsidiary of the NatWest Bank, before merging into RBS when they combined in 2000. The payment processor has been publically listed since 2014 and has been one of the most sought after companies in the FTSE 100.

Payment processing company Vantiv is the largest merchant acquirer in the US, processing more than 20 billion transactions each year and boasting relationships with Walgreens, T.G.I. Friday's, In-N-Out Burger and Kohl's.