Virgin Hyperloop One and Saudi Arabia partner for Vision 2030, but does it justify the hype(rloop)? 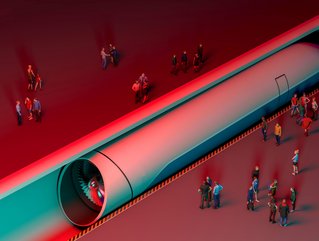 Established in 2014, the Virgin Hyperloop One company has spent the last four and a half years working (more successfully than most...

Established in 2014, the Virgin Hyperloop One company has spent the last four and a half years working (more successfully than most) to bring to market what has been hailed as the next step in long-range, high speed overland travel: the Hyperloop.

This week, the Kingdom of Saudi Arabia announced that it would, in partnership with Virgin Hyperloop One, begin construction on the world’s longest hyperloop test track. The initiative will be part of the Kingdom’s Vision 2030 project. As well as the test and certification track, the deal will also see the construction of a research and development center and hyperloop manufacturing facility north of Jeddah.

So, what is a hyperloop and why should I care?

In its most basic form, a hyperloop is a very long tube with a train inside and nearly all the air removed from it (the tube, not the train - that would be bad). Less air means less friction which means faster trains that use less energy.

The idea of travelling through tubes dates back in fiction for over a century. Back in 1799, engineer and inventor George Medhurst came up with a rudimentary idea for an air-powered train, the charmingly fantastical “atmospheric railway.” The idea evolved from there, garnering varying degrees of public attention over the next few centuries, until Elon Musk, the internet’s bombastic tech darling, started publicly talking about it. Musk penned a paper on Hyperloops in 2013, in response to what he saw as a substandard high speed rail program that was being built across California.

“When the California “high speed” rail was approved, I was quite disappointed, as I know many others were too. How could it be that the home of Silicon Valley and JPL – doing incredible things like indexing all the world’s knowledge and putting rovers on Mars – would build a bullet train that is both one of the most expensive per mile and one of the slowest in the world?” asked Musk. “The Hyperloop (or something similar) is, in my opinion, the right solution. ... The pods and linear motors [of a pneumatic tube transport system] are relatively minor expenses compared to the tube itself – several hundred million dollars at most, compared with several billion dollars for the tube. [But] even several billion is a low number when compared with several tens of billion proposed for [high speed tracks].”

… and the modern idea of the Hyperloop was codified. What has followed are several years of frantic and sometimes faltering activity. The potential for low-friction trains on magnets to travel at hypersonic speeds (around 760mph - making hyperloop travel faster than commercial airplanes) has seen more than a few companies flock to this latest opportunity.

So far, Virgin Hyperloop One has had the most success: it is the only hyperloop company in the world to successfully test its hyperloop technology at scale. According to a press release, “the company successfully operated a full-scale hyperloop vehicle using electric propulsion and electromagnetic levitation under near-vacuum conditions, realizing a fundamentally new form of transportation that is faster, safer, cheaper, and more sustainable than existing modes.”

“Our partnership with Virgin Hyperloop One is a matter of pride for us and all of Saudi Arabia,” said Secretary General Mohanud A. Helal. “As we continue to help deliver the strategic pillars of Vision 2030, technology transfer and high-tech job creation opportunities that this relationship will bring are fundamental to our progress as a nation and our efforts to create opportunities for our bright young people. Having hyperloop at King Abdullah Economic City is going to act as a catalyst for a Saudi Silicon Valley effect and galvanize our software development, high technology research, and manufacturing industries,” he added.

It seems like Saudi Arabia may be about to realise Musk's original vision for Silicon Valley transportation.

Check back tomorrow for our insight into the ways that hyperloops could be set to revolutionise the global supply chain as the first new form of mass transit since the invention of flight.