Want to cut your carbon footprint? Consider your digital footprint 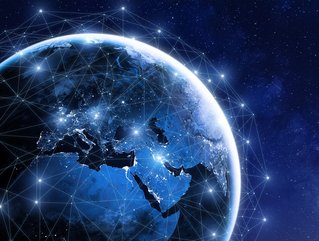 Ever had that flygskam feeling? Unless you have a keen knowledge of the Swedish language, you’ll probably have felt it often, without eve...

Ever had that flygskam feeling? Unless you have a keen knowledge of the Swedish language, you’ll probably have felt it often, without even realising. For us Swedes, feeling guilty for taking flights has become such a phenomenon that we’ve given the emotion its own word.

Consumers globally, though, are growing increasingly aware of the impact of their actions on our planet, and the aviation industry has become a poster child for environmental damage. And that’s not without good reason: 16,000 jets criss-crossing the globe spew more than 600mn tonnes of CO2 into our atmosphere every year. Feeling bad for booking that exotic holiday?

I’ve got some bad news for you: you might be feeling a lot guiltier by the end of this article (especially if you’re reading it online). Why? Because every scroll on Twitter, search on Google, purchase from eBay, and film watched on Netflix, is also contributing to climate change.

At the last count there were 4.3bn active internet users across the world, and unlike 2017’s 4.1bn passengers who took flights, these users are individuals (whereas many passengers take multiple flights). Furthermore, many of us will take flights only once or twice a year (or not at all), whereas I’d hazard a guess that most of us use the internet every day. Despite this, our daily digital screen time has managed to slip under the radar of even the most committed environmentalist.

Still not convinced? As fellow Swede Greta Thunberg would say, let’s look at the facts. The average website produces 6.8g of carbon per page view; a 1MB email, during its total lifecycle, emits 20g of CO2; and, producing an estimated 3.2% of total global carbon emissions, data centres alone will surpass the entire aviation industry in their contribution to climate heating in just five years’ time. And that’s before we get started on the subject of cryptocurrency. ‘Fat cat’ bankers have traditionally curried negative attention, but an emerging generation of environmentalists may soon be shifting criticism to miners of cryptocurrency. A recent study revealed that the level of annual carbon emissions of Bitcoin alone sits between the total amounts produced by Jordan and Sri Lanka and, while industries like automotive and utilities are subject to regulations, cryptocurrency is a relative Wild West.

It’s worth remembering that the above figures are based on our internet usage today. As we move towards an ever-more connected world, we’ll see an increase in smartphone penetration and a greater number of services and applications go digital-first, all supported by the roll-out of ultra-fast, next-generation 5G connectivity. Those of us who stream TV shows and films, for example, will soon be able to do so in ultra-high definition 8K picture quality, in a matter of mere seconds. This is an exciting prospect for viewers, but a daunting one for the planet. More digital activity will mean more clicks and page views and more carbon-fuelled data centre power.

What can we do? And who should be responsible for doing what? In the aviation industry, there has been some movement from on high. All EU countries are required to monitor and offset emissions on international routes, for example, while the International Civil Aviation Organisation’s aircraft CO2 emissions standard will apply to all new aircraft designs from 2020. We’ve even seen action from airlines themselves, such as Dutch carrier KLM which launched its Fly Responsibly campaign earlier this year, encouraging travellers to consider alternative, greener transport options. As consumers, we too can have a significant impact. We can take fewer long-haul flights and pick alternative modes of transport for short-haul. Or we can give up flying altogether (á la Greta).

But can we, as consumers, really give up the internet? This is a much harder prospect and, because I can’t imagine policymakers prioritising greening the digital domain any time soon, it means that the responsibility should lie with the tech industry.

And now for some good news: unlike re-engineering whole new aircraft, rethinking your approach to content delivery is a low-cost, straightforward process which has immediate impact. Caching software can be easily incorporated into content delivery networks – including those that operate on a huge, global scale, such as OTT video platforms. Being technology-agnostic, this software works with pretty much every web technology and can cache pretty much all types of content.

Caching content ensures that it doesn’t have to be reproduced every time a visitor to a website asks for it – which usually involves a request being made (a viewer hitting the play button on a VoD site, for instance) and information being fetched and produced from numerous different systems. The caching software, on the other hand, stores all of these digital objects and fires out copies when requests are made. This reduces the amount of computing power demanded of servers and therefore cuts energy expenditure – and, crucially, CO2 emissions.

Good news for the environment, but also very good news for both the website user and the tech company behind it. Faster response times contribute to a better user experience, and a better user experience reduces customer churn (for content streaming service providers for instance), increases conversion rates (for a retail brand for example), and promotes user engagement and page views (pretty essential for any .com business).

As a global population, we (and our planet) are benefitting from a growing awareness and understanding of the consequences of our actions. Flying, driving, heating our homes and buying new clothes have all received attention, and now it’s time the same level of scrutiny was paid to our actions in the online world.

What’s the Swedish phrase for guilt of using the internet? I’m not sure there is one (yet!), but I do know that there’s a readily-available, easily implementable solution to ease this guilt. Deploying caching software as part of your content delivery network may be a small step for business owners, but it’s one that signals a significant step towards a greener, more sustainable future for our planet.