Sustainable security expert Anna-Lisa Miller, Group CISO of Spectris is leading the way for women in a field that is growing exponentially and one which is becoming one of the top priorities for global organisations.

When Miller started in the industry 20 years ago, she was one of few women specialising in IT security and claims the industry “chose me” but she is now working to ensure cybersecurity is ingrained into the core culture of every business as the cyber threat landscape widens.

She is leading the charge against cyber attackers at UK-based Spectris, which works to make the “world cleaner, healthier and more productive” through precision measurement for global customers. Headquartered in Egham, Surrey, Spectris employs approximately 7,500 people located around the world.

“Spectris is one of the world's best-kept secrets. I've been fortunate enough to work for some of the world's best-known brands, like Nestlé, Merlin Entertainment, Johnson & Johnson, Unilever, Shell, BBC, and this is the first company I've worked for where I hadn't actually heard of them,” commented Miller, who has been with Spectris since 2017.

Miller said that at Spectris they work on embedding a sustainable cybersecurity culture which they adopt in a holistic way taking into account the layers which have evolved on the digital journey during the past few years.

“I think security has changed a lot during the past 20 years. When I think back to when I started my career, IT security was considered a bolt-on at the end of a project. In some ways, we often felt like we were at the bottom of the food chain.

“Today, it's the complete opposite. We're now an enabler. We're a true business partner. We are recognised as being the people that address probably one of the most difficult risks that businesses face these days. I think security and the way that we manage security has really transformed.

“I think businesses of all shapes and sizes have now come to realise that they're impacted by cybercrime. A day doesn’t seem to pass when you don’t see something in the news about a cyber attack. Although they tend to focus on larger organisations all companies or people in some shape or form have been impacted by cybercrime.”

Commenting on attracting more women in cybersecurity, Miller said she was encouraged with how many contacts she made at the height of the pandemic in the UK. “I thought I was probably the only one but then I worked hard looking for other CISOs through LinkedIn to see who else was out there. As a result, I've seen there are actually quite a few women in cybersecurity, which is really positive and encouraging.

“In terms of security leadership, there are a number of people out there who have really helped shine a light on the global skill shortage and the importance of diversity in security. Women like Jessica Barker, Lisa Forte and Sarah Armstrong at Microsoft really fly the flag and have been doing a great job in the environment we find ourselves in of Zoom and Teams. They are the ones who I admire and have given me some courage as a woman working in security to do the same.

“However, I think there is a global skills shortage in cybersecurity. We need to find people who have transferable skills within an organisation. We have to look at all the possible opportunities to help people fight cybercrime themselves and within organisations.

“I genuinely believe that cybersecurity belongs to everybody. We all have a job to do so, even if it's just some additional education or if it's something to lead into a full career in cybersecurity, it's a conversation we should be having on an ongoing basis.”

Commenting on how Spectris navigated the challenges of the pandemic. Miller said: “The leadership team led us through the pandemic extremely well. They've done that through clear and regular communications and by being honest and very human throughout. And I think that has been a true example for me to follow,” she said. 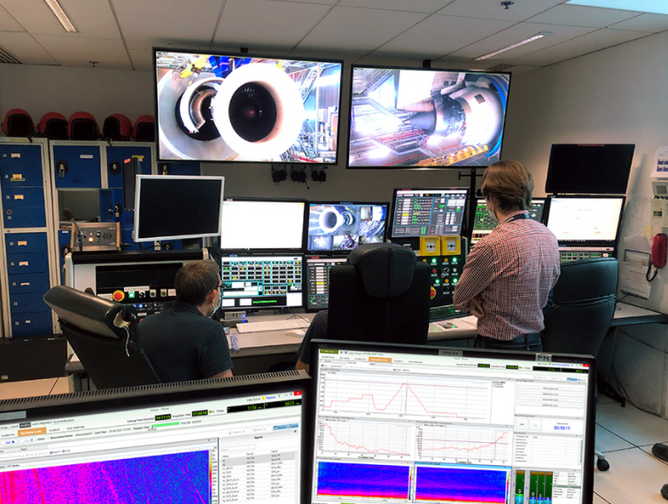