Cybersecurity is a continually evolving field. As enterprises become increasingly digitalised, and the entire global economy shifts towards service-based, cloud-enabled models, the demands placed on a cybersecurity solution have never been more challenging to satisfy.

David Fairman began his cybersecurity journey in the Royal Australian Air Force as an avionics technician specialising in electronic warfare. After leaving the service and getting his Bachelor of Information Technology (BIT) from Queensland University of Technology and an MBA from the University of Southern Queensland, he put his skills to work in the banking sector.

Now, after 15 years leading cybersecurity efforts at some of the largest financial institutions and banking houses in the world, he’s making a change.

“I joined Netskope after about a 15 year career in banking and finance, across roles like Chief Information Security Officer (CISO), Chief Security Officer and Global Head with large global banks,” he explains. “I lived in New York, Toronto, Amsterdam, Boston, London and Melbourne, doing everything from cyber security and fraud prevention to physical security.” Among other roles - including his position as an Adjunct Professor at the University of Toronto and New York University, as well as a founder and board member of the Canadian Cyber Threat Exchange - Fairman has served as the Head of Information Security, EMEA and CISO, Americas for the Royal Bank of Scotland, CISO for the Royal Bank of Canada, and Chief Security Officer for National Australia Bank.

However, he reflects, while the finance industry is an engaging and challenging place to work, the world beyond banking held the allure of new challenges and opportunities. “I’d been doing financial sector work for a long time. Those jobs are tough, relentless, fun and challenging. But, after I’d built so many of these types of systems, going back into another banking and finance role would have almost felt like more of the same. I felt like I needed an opportunity to explore other sectors,” says Fairman.

“Some of the best CISOs I know are people who have had experiences in multiple sectors and industries. I think that breadth of experience and appreciation for what’s important elsewhere, just makes you more well-rounded.”

Over the course of his tenure at the Royal Bank of Canada, Fairman struck up a friendship with Netskope founder and CEO, Sanjay Beri. “I really liked his approach. He’s a visionary, very thoughtful, very technical; I liked the way he was thinking about cloud security,” Fairman recalls. “He’d been bringing in a lot of good people I knew from my network, like Jason Clark, the Chief Strategy and Marketing Officer. Jason and I are good friends and have known each other for about a decade.

“When I was talking to Jason and Sanjay at the RSA conference this year, I told them I was thinking of leaving banking and doing something a bit different, and they asked me to come and join them.”

Moving from operational roles to join a cybersecurity vendor was an even larger step than Fairman had been considering. He wasn’t even necessarily thinking about technology as an industry, but the innovative and creative approach that Netskope brought to the table, along with a “product that I believed could help people solve real world problems,” won him over.

Fairman joined Netskope as CSO APAC in June 2020 and is excited to see where the next phase of his journey takes him. “Netskope is constantly innovating and continually evolving. That creativity and build-over-operate process is embedded in the fabric of the company, and the opportunity to build, create, think differently and to lead, that’s something I see at Netskope every day.” 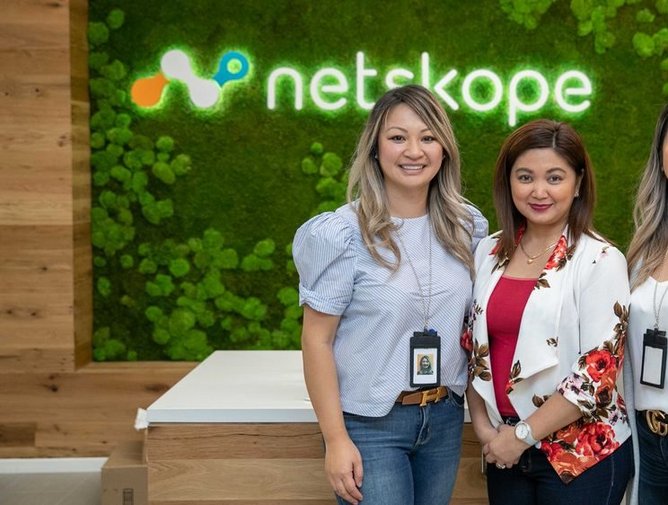