Heidi Custers is the Digital Transformation Director for Middle East and Africa at Backbase; an Amsterdam based software company creator of the Engagement Banking Platform (EBP).

“I moved here at the beginning of 2021 from South Africa, where for most of my career I’ve worked in digital, focusing on banking and telecommunications. From an African perspective, that’s quite important because the convergence of those two industries are actually driving much of the innovation on the continent. So even though I now live in Europe, my focus is still on digital transformation in Africa,” says Custers.

Prior to joining Backbase, she worked at Deloitte as the Digital Transformation Strategy Lead for Africa “My experience of working  with big banks, insurers, and telcos across the African continent, has driven my interest in the FinTech industry. Tech companies are really driving the acceleration of innovation in financial services ” she adds.

From an inspirational perspective, Custers attributes her digital marketing background, which began in 2004 by studying UX design and marketing as the foundations that cemented her focus on customer-led digital transformation. “No matter where I’ve worked or whom I’ve

worked with, what inspires me, is keeping my clients focussed on what the customers really need and actually seeing them as human beings and not just customer XYZ of your company,” says Custers.

“So, really looking holistically at humans in their context and starting to change

the way that we deal with them, focussing on their needs, instead of on our processes and products as banks, telcos or even FinTechs. When I look back at every single aspect of my career, that's been the golden thread; from when I was a UX designer at Standard Bank at the beginning of my career, all the way up to now as Digital Transformation Director at Backbase; it’s actually all about customers.”

When asked what achievements Custers is proud of in her career, she reflects on the privilege she has had of working with some of the biggest banks and telecommunication groups on the African continent, but draws her proudest achievement from the work she has done with FBC; a small Zimbabwean bank. “Over the last 20 to 30 years in Zimbabwe, it has been a country that’s gone through a terrible time and a huge economic recession - to the point where it Nearly collapsed, losing its own currency, with almost incomprehensible hyperinflation. But the Zimbabwean people are the most resilient in the world.In 2018 we worked with the leaders of FBC to kick-off their end-to-end digital Transformation.

“They implemented it wholeheartedly and started transforming themselves in a meaningful way that often big companies struggle to do because I think they don’t have that survival pull; the ‘we do this or we die’ type of mindset. Three years later, they are winning awards for their digital experiences, and they are doing so in the face of overwhelming odds. Being a part of their early transformation and working with the executives to get their minds into the innovation space and understand their hopes, fears and challenges as human beings, to ready them to accelerate their transformation is the proudest moment of my career.” 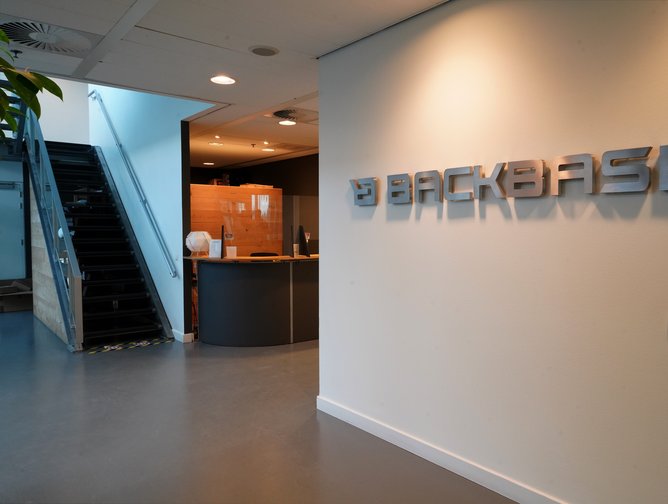