Ola Reppling’s role as Chief Technology Officer at Clear Channel International reflects his interest in bridging the gap between business and technology. “I've always worked either from tech into business or from business into tech. For the majority of my career, I've been in an advising or consulting role. As of 1 July, this year, I'm now the CTO of Clear Channel International with the task of transforming the business into new ways of working.”

His view on leadership involves promoting a culture that is rigid at the core, but flexible at the edge. “I like to keep and maintain a spirit of entrepreneurship. I like to say that in a good week, I make no decisions, and my direct reports make no decisions either because we've effectively managed all the operational issues at a lower level in the organisation.” For Reppling, it’s also about ensuring a consensus is reached before decisions are made. “So, yes, it takes longer to make a decision, but as soon as the decision is made, the majority are in agreement and on-board. The implementation, therefore, is much faster, and it's much more stable,” he says.

As CTO, much of Reppling’s work has been in enabling transition and unification at Clear Channel. “With Meraki, we’re getting a real baseline of the right infrastructure,” he says. “We want to have SD-WAN and a proper network across all of Europe that we can rely on. Historically, we’ve had 17 different networks, and we had at least ten different data centres with varying degrees of different clouds.”

The cloud itself is another focus, but Reppling is conscious of getting the balance right between a cloud-first vision and the reality at hand. “We want to get rid of physical servers, but the reality is that some of our applications need them, so we still need to have data centres for those.

In Reppling’s view, the ongoing digital transformation has been made possible by a successful cultural transformation, which involves trusting employees. “Our people are at the heart of our business and our success. They’re united by a clear identity and common vision, and we give our hidden talent the chance to shine across our business,” explains Reppling.

He further elaborates: “It’s the Lego analogy,” says Reppling. “If everyone uses Lego, they can build what they want, as long as they adhere to the Lego pieces. Everyone follows the same processes; we know the rules and only break them on purpose. The good news is that we have people who can do things differently. We've changed the culture. So now we really only need to enhance our digital. And because we have such a legacy of entrepreneurship, we are in a very good position.”

Thanks to that achievement, Reppling sees the future as clear. “It’s about making sure there’s rigidity at the core to allow flexibility at the edge. That means I have to standardise and modernise core infrastructure - cloud servers, networking, etc. Then there’s the back-office processes, Dynamics 365 for Finance and Operations, and standardising and modernising them to make sure we have consistent access to the right data. And finally, there’s the sales and delivery side of things, where we have Salesforce and Broadsign to support our customer facing sales processes. Those are the three major themes for the future that will help us achieve our goals as a business.” 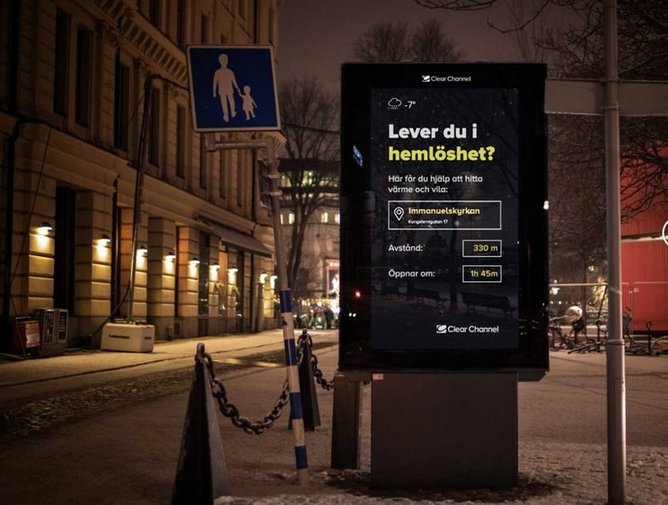