Simona Dimovski, CIO at Sutherland Shire Council, discusses a successful tech transformation achieved with the support of its digital ecosystem...

Simona Dimovski radiates energy. She has led her 80-strong IT team at Sutherland Shire Council (SSC) through the most exacting period imaginable in the six months since she joined the organisation as CIO, delivering in two months a programme originally expected to take two years. And if COVID-19 wasn't demanding enough for a council on which 220,000 residents depend, it has given her the additional task of home-schooling (or at least, keeping occupied) her three children.

Having occupied senior positions in highly digitised industries aviation (Qantas), banking (Macquarie) and power supply (Ausgrid) she found herself in the best position to help uplift Sutherland Shire Counci’sIT landscape, her team and the business stakeholders. Bringing leadership to an unfamiliar team, within a very different corporate culture can't have been easy but she took it in her stride. “I think I have a very collaborative style of leadership. Agile methodology leans towards a 'servant leadership' mindset, so I am not an autocratic, micromanaging leader though I do like to make evidence-based decisions on the way to proceed.”

Her approach took some getting used to. “I am happy to roll up my sleeves and sit alongside my team members, helping us all to get where we need to be. On most issues the team is completely empowered to make their own decisions. For me it is about finding a purpose and motivating people. I think of each of my team members as individuals and their welfare matters as much to me as their output!”

Dimovski does not undervalue the importance of self-awareness or team empowerment. As a foundational step in building a high performing team, she brought in an organisational psychologist to help them determine their best working style. Meetings, even though they are now mainly on Teams, start with a three-minute meditation and in the meetings themselves, in place of stock questions that may elicit negative reactions, members are invited to say what they feel most proud of, what their goals are for the day and what or who they feel grateful for. Trust has been built by this approach, people are more willing to ask one another for help, she says: “My team works hard, they have a sense of purpose and know that every role is ultimately contributing to better outcomes for our community, and I hope they have fun at the same time.”

The status of CIOs has risen dramatically, but women are still under-represented in the field, even in Australia. At a meeting earlier this year, Dimovski relates, she counted just four among 30 CIOs, reflecting a 2019 WSJ survey which said that of American technology leaders 18% were women. However, she has not felt disadvantaged except perhaps when coming back after maternity leave. “I felt that a bit, but I just got on with it!” Her career speaks for itself, even without the COVID-19 trial by fire in which she is so convincingly acquitted. 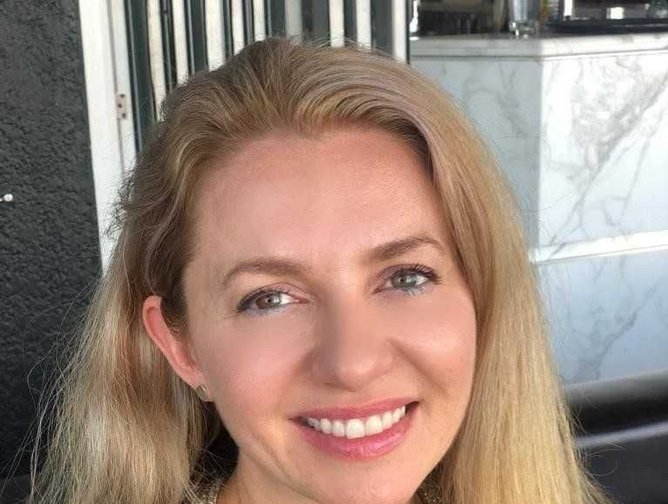