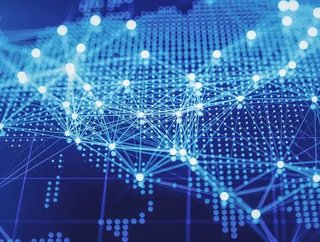 In 2017 we saw numerous reports on the parlous state of UK telecoms infrastructure and a demand from Lord Adonis that Ofcom does more to tackle the unac...

In 2017 we saw numerous reports on the parlous state of UK telecoms infrastructure and a demand from Lord Adonis that Ofcom does more to tackle the unacceptable holes in quality broadband coverage. We also had some breakthroughs such as free roaming in Europe.

Now that telecoms are so important for business, daily life and for new technologies including Artificial Intelligence (IoT) and the Internet of Things (IoT), let me look into my crystal ball to see what may emerge in the year ahead.

After the launching the iPhone X Apple is now looking at a bendy iPhone. The company has filed a US patent application for a phone with “a flexible portion that allows the device to be folded.” Microsoft was recently granted a patent for a tablet device that folded up to become a phone. And Samsung is reportedly working on a folding phone called the Galaxy X, a rumor that has long been circulating.

Back to the future – batteries that last

Whilst a folding phone may help with broken screens, what most people are wanting is a return to a phone that could run on a single charge for a week. So, Samsung’s research into graphene batteries could be the answer. The potential is a battery that could fully charge in just 12 minutes with up to 45 percent more capacity.  Sounds like a return to the old Nokia phones that were relaunched in 2017.

Improving battery is one of the factors that will be key to the success of the IoT and AI as we become an always connected society. AI is set to become a regularly heard phrase in 2018. In the autumn Google unveiled a program called AlphaGo, which can master the complex Chinese game of Go in just three days. Google has a plan to put itself on an “AI first” footing. It is looking at embedding AI capability in all Google products and services. Where Google goes, others will follow; and the competing manufacturers will be looking at placing AI chips in their smartphones soon.

In the landline world, SIP and VoIP will continue their relentless advance to replace ISDN. The crossover point has been reached; more businesses are connected by IP rather than analogue.   But despite the claims of pushy, unscrupulous providers – analogue will be here until 2025 so those businesses still to switch over have plenty of time. But, watch out for signing new long term deals.

The reality of UK infrastructure

This all sounds very exciting until the hype of new advances meets the reality of the UK’s antiquated and creaking infrastructure. Last year we achieved rankings of 54th in the world for 4G coverage, 31st in the world for average broadband speeds, and bottom of Europe for the rollout of Fibre to the Premise (FTTP).

If the UK is to reap the benefits of the new technologies then this has to be addressed. The current plans are wholly uninspiring. It can only be hoped that the Government and the regulators will take a tougher more interventionist approach in 2018; letting the operators solve the problem clearly has not worked. The targets that have been set are outdated and, even if achieved, will still leave us lagging in the slow lane. The Government wants everyone to have access to a minimum of 10 mbps broadband by 2020. Whilst 10 Mbps may have been reasonable when the target was set several years ago it is now no longer fit for purpose. It is not suitable for the growth of the Internet of Things and the steadily increasing range of streaming services. By contrast the EU Digital Agenda goals intends to deliver 30Mbps or more for all by the same date. Japan and South Korea expect to have 5G up and working by 2020, whereas we hope for some coverage by 2025.

The operators seem to have little desire to solve the problem themselves. In terms of broadband we are the poor man of Europe. BT claims to have 345,000 premises connected to FTTP, but almost 30% of them are in Cornwall as part of an EU funded project.

BT’s published plans show they will barely have achieved 10% by the of 2020. On average, the rest of Europe achieved that in 2016!

So, our relative position as the slow man of Europe is unlikely to change. There are regional variations thanks to other providers who are rolling out services such as KCOM, Gigaclear, Hyperoptic, B4RN and other “full fibre” providers. This has created a postcode lottery for getting decent FTTP broadband as the table below shows.

The Government has made much of HS2 and HS3 schemes to connect towns. However, that is based on the Victorian communications breakthrough of the day; railways.  It should be focusing on 21st century communications, which will reduce the need for people to travel so much and reduce the need to concentrate businesses in cities, instead allowing them to be distributed around the country.

It is a similar picture with mobile. Who remembers the “agreement” struck between the Government and the mobile operators in 2014 which gave them three years to improve coverage and remove not-spots in return for the Government not enforcing roaming in the UK? The then Culture Secretary Sajid Javid said it was a landmark deal with the four mobile networks to improve mobile coverage across the UK.

Under the agreement all four of the mobile networks collectively agreed to:

So what effect has that had? The answer is; not a lot.  In fact, in March 2017, the National Infrastructure Commission concluded the UK is being held back by poor mobile phone connectivity, as it called for an end to “digital deserts” in places that should have adequate signals, such as rail routes, roads and city centres.

It is a sign that the Government needs to get tough and allow everyone to roam free in the UK - just the same as we can now do in Europe.   Unfortunately, the Government and its regulator have consistently bottled every tough decision in the industry for years.

In 2017 Ofcom decided not to fully separate Openreach from BT, which would have restricted BT’s influence on the market. BT still provides the cash and can veto the Openreach Chief Executive. The planned penalties for missed appointments were watered down and not made automatic. Openreach remains an organisation that no end user can talk to directly. We are already seeing signs that BT is beginning to use the “they are a separate company” excuse for not dealing with issues caused by Openreach.

Even when Ofcom introduces a good policy such as clear calling, it does not enforce it. It is almost two years since it made it mandatory to show prominently the costs of calling 084 and 087 numbers wherever they were promoted. Yet daily there are examples of companies, large and small, blatantly flouting the rules. And when has Ofcom ever fined ever one for doing so? So far, never.

It had to rely of the Advertising Standards Authority to toughen up the rules on broadband speeds rather than set out clear terms itself.

Given some of the financial challenges the networks and operators are having, it is important that the Government and regulators intervene. A recent report by the Economist said it expected average revenue per user (ARPU) to suffer as result of increased competition. In 2018 they expect ARPU across our 60 markets to fall by 2.3% for mobile operators, and by 11.5% for fixed line. The competition in the consumer markets is coming from providers such as WhatsApp and Viber. A survey recently showed that almost a third of people do not use their mobiles for Voice and the levels of Texts is down by almost 40% since 2012. The growth of VOIP and SIP is eating into the profits historically generated by ISDN.

That is the catch 22 situation; telecoms needs large amounts of capital to create new infrastructures to generate new revenues. But often the new revenues are lower than from the old technologies they replace. A survey of operators, conducted by Ericsson, found that 86% were viewing IOT as key for monetarising revenues from 5G.

Add in the extra costs of improving security as cyber threats grow and regulations, such as GDPR, then there is the potential that the situation will get worse, not better.

More of the same?

Unfortunately, I think 2018 promises to be more of the same, unless drastic action is taken: lots of stories and hype on ‘technology taking over our lives’; more reports showing how badly off the UK is compared the rest of the world when it comes to telecoms; politicians spouting soundbites promising action but then doing nothing tangible; and more confusion for businesses on where to spend their technology pounds.

Improvements to be made

What do we need to improve the situation? Here is my wish list:

As the famous quote says: The definition of insanity is doing the same thing over and over again and expecting different results. The UK needs to tackle the issues differently or we’ll all continue to be disappointed and frustrated.