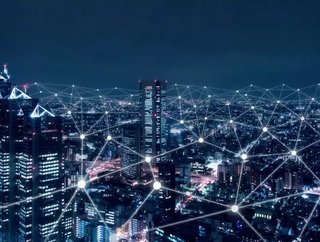 New research has suggested revenue from 5G internet of things (IoT) connections will reach $8bn by 2025, up from a relatively paltry $525mn in the curre...

New research has suggested revenue from 5G internet of things (IoT) connections will reach $8bn by 2025, up from a relatively paltry $525mn in the current year.

That’s according to a report by Juniper Research. That 1,400% growth figure is among a number of findings, including the suggestion that, by 2025, 5% of all 5G connections will be from IoT-enabled objects. Additionally, the report predicts that the growth will be chiefly driven by the automotive and smart city sectors, with the two together making up 70% of 5G IoT connections.

5G is essential to the continued growth of IoT, allowing devices to connect together wirelessly at hitherto unprecedented speeds. That speed, coupled with low latency, means the devices of tomorrow have the potential to open up entirely new areas of utility, such as smart public bins that notify authorities when they are full, or car parks that direct drivers to empty spaces in real time.

Fears remain, however, about the security of the vast amounts of data generated by IoT devices, which are increasingly being brought into the home (think smart speakers) and the workplace (in a smart factory for instance). There’s also the risk of malicious actors hijacking such devices to cause damage.

Commenting, Cesar Cerrudo, CTO at IOActive, said: “Whilst the IoT boom is undoubtedly good for business, increasingly, the physical and cyber realms are converging and opening up new areas of risk. IT systems are controlling so many important aspects of all our lives that when they are attacked there can be serious physical, real world consequences. The growing use of IoT devices, connected cars, SCADA networks controlling critical infrastructure, smart cities, even our connected homes are introducing unpredictable risks that could have a direct impact on public safety. We need to be sure that, as these systems and technologies are introduced, they have been built with security in mind at the design stage.”