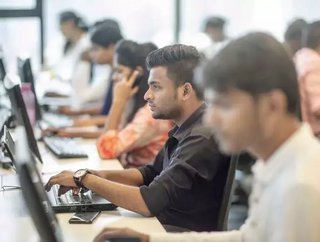 Targeted at firms undergoing digital transformation, the partnership means Airtel will now provide G suite, Microsoft’s portfolio of apps including Gmail, Docs and Drive, as part of its own ICT offerings.

Airtel previously had a partnership in place with Amazon Web Services, while Reliance Jio, India’s largest mobile network operator, partnered with Microsoft last year. Particular attention is being directed towards small and medium size businesses (SMBs). In a press release accompanying the announcement, Airtel hailed the growth opportunities in a country with the second highest number of internet users in the world, saying it counted among its customers over 500,000 SMBs.

According to a report from consulting firm McKinsey, by 2023 India is projected to have up to 800mn internet users and 700mn smartphones. Digital transformation is also expected to unlock previously inaccessible efficiencies in industries such as logistics, energy and retail, creating up to $150bn in economic value.

Thomas Kurian, CEO of Google Cloud said: "Indian companies are making a massive transformation to the cloud and we're thrilled to partner with Airtel to support this transition. The combination of G Suite's collaboration and productivity tools with Airtel's digital business offerings will help accelerate digital innovations for thousands of Indian businesses."

In yet another example of Western tech companies’ interest in a relatively untapped market, Amazon’s Jeff Bezos recently embarked on a tour of India that received a mixed response. Timed with the tour were announcements regarding initiatives Amazon is launching in the country, including a fleet of sustainable electric delivery rickshaws.