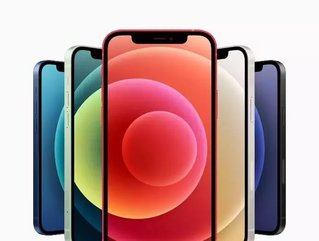 Apple has launched the latest generation of smartphones by emphasising 5G as the standout feature...

Apple has launched the latest generation of smartphones by emphasising 5G as the standout feature.

In an event taglined “Hi, Speed”, Apple debuted four devices with native support for 5G, with the company’s bet on the technology leading some to suggest that this is the moment the networking technology goes mainstream.

The move from Apple comes at the tail end of 5G-enabled devices from its competitors, with Samsung launching its first 5G phone, the Galaxy S10, way back in February 2019, with others such as Google and Huawei following suit in the intervening period.

It’s notable that the entire range of announced phones include 5G, including the cheapest iPhone 12 mini, signalling that 5G is set to become a standard, rather than premium feature.

Further demonstrating its emphasis on high speed connectivity was the HomePod mini smart speaker, which reportedly makes use of low power Thread networking technology, a solution specifically designed to improve the security and ease of building an IoT network.

Apple’s hesitancy to release a 5G phone might in part be due to the rocky road that has affected the speed of the rollout. Quite aside from the ongoing COVID-19 pandemic, US government concerns led to the banning of market leader Huawei from many national 5G networks, leaving Western companies to pick up the pieces and build equivalent solutions.