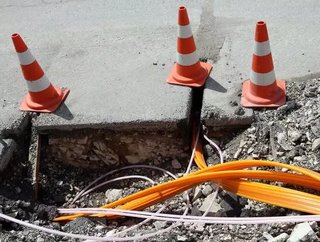 Telstra, Australia’s largest telco, has agreed to offer compensation to approximately 42,000 customers after it advertised higher than delivered broad...

Telstra, Australia’s largest telco, has agreed to offer compensation to approximately 42,000 customers after it advertised higher than delivered broadband speeds.

The deals involved surround the company’s National Broadband Network (NBN) packages. NBN, a state-owned enterprise charged with overseeing the rollout of fast broadband nationwide, has been blighted by cost and political issues since the project was conceived in 2009.

Limitations on the affected customers’ NBN fibre to the node (FTTN) or fibre to the building (FTTB) internet connections, however, meant that many customers’ internet services were not capable of receiving the maximum advertised speeds of the plans.

Australian Competition and Consumer Commission (ACCC) Chairman Rod Sims said: “All businesses have a responsibility to ensure that claims about the performance of their products or services are accurate. This is particularly important in cases where consumers sign long-term contracts to acquire a service. Telecommunications contracts are typically 12-24 months in duration and this can represent a serious financial commitment.”

A breakdown of the affected customers shows that:

Another cause of the failure to deliver advertised speeds is the under-purchasing of capacity by telcos from the NBN network. However, the cost of purchasing additional capacity has been cited by several retailers as being unviable – this is one of the major arguments derailing the progress of the rollout.