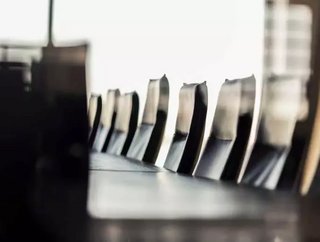 As part of an ongoing takeover attempt, US semiconductor giant Broadcom has nominated 11 members to the Board of fellow semiconductor company Qualcomm...

As part of an ongoing takeover attempt, US semiconductor giant Broadcom has nominated 11 members to the Board of fellow semiconductor company Qualcomm.

Qualcomm’s entire Board of Directors is currently up for re-election, something that Broadcom is attempting to take advantage of in order to force through its desired acquisition, having had a $103bn takeover bid rejected by Qualcomm less than a month ago.

“We have heard from many Qualcomm stockholders who have expressed their desire for Qualcomm to engage with us,” said Hock Tan, President and CEO of Broadcom. “We also continue to receive positive feedback from customers and, having had initial meetings with certain relevant antitrust authorities, remain confident that any regulatory requirements necessary to complete a combination will be met in a timely manner.”

“The nominations give Qualcomm stockholders an opportunity to voice their disappointment with Qualcomm's directors and their refusal to engage in discussions with us.”

Qualcomm itself has criticised Broadcom’s latest advances whilst reiterating its strong position as a global leader within the smart automotive, IoT and mobile markets, amongst others.

“Qualcomm believes that this action is a blatant attempt to seize control of the Qualcomm Board in order to advance Broadcom’s acquisition agenda,” the company said. “These nominees are inherently conflicted given Broadcom’s desire to acquire Qualcomm in a manner that dramatically undervalues Qualcomm to Broadcom’s benefit.”

Qualcomm shareholders will be able to vote either for or against the Broadcom nominees during the company’s annual meeting, held on 6 March.