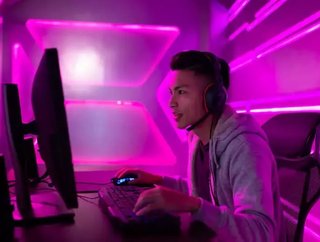 Excel Esports competes in Blizzard’s World of Warcraft, although its main focus is League of Legends from the Tencent-owned Riot Games. Excel competes in both the UK League Championship (UKLC) and European-regional European Championship (LEC) competition. While both teams will wear BT branded uniform, only the UK team will be known as BT Excel.

Pete Jeavons, Marketing Communications Director at BT, said in a press release: “The UK is increasingly a nation of gamers, and esports is hugely popular and growing across the world. Excel Esports shows incredible promise as a leading UK-based team and working closely with them is a natural extension of our commitment to provide the connectivity and skills to help people across the UK realise their potential.”

The sum involved for the multi-year deal was not disclosed. Esports is, however, increasingly big business, with Goldman Sachs expecting the esports market to be worth $3bn by 2022 (up from $869mn in 2018). Excel itself recently underwent a change in leadership, bringinging in a new Chief Commercial Officer from Adidas in the form of Robin McCammon, and veteran esports CEO Wouter Sleijffers.

Excel’s McCammon said: “Having such a recognisable brand commit to a long term partnership really shows the strength of the UK esports industry and the growth of Excel.”

As reported by gamesindustry.biz, the deal makes BT the first major UK brand to back an esports team. Nevertheless, the telecommunications giant has not gone as far as some overseas rivals. In South Korea, SK Telecom owns T1 and its highly successful League of Legends team. Back in October, SK launched a joint venture with the United States’ Comcast for an expanded esports team, with $41mn being invested. Comcast is also the owner of the Philadelphia Fusion Overwatch team.