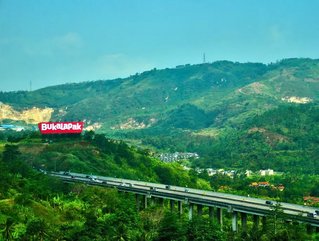 Reuters is reporting that the Indonesian ecommerce giant Bukalapak has raised $1.5 billion in its IPO, making it Singapore’s largest issue

Bukalapak, currently the fourth largest Indonesian ecommerce company, is said to have raised $1.5 billion in the first IPO by an Indonesian tech unicorn.

Three unidentified, but likely reliable, sources told Reuters the order books for Bukalapak’s IPO were covered by multiples, with one source claiming the issue attracted more than $6 billion in demand despite being listed at the top of its indicated price range.

Bukalapak was looking to raise just $300 million just a few months ago. The figure grew to $800 million before rising to $1.5 billion as investors jockeyed for a piece of the company.

Covid-19 has had a positive impact on many ecommerce operators, and Bukalapak also has strong investment lines via Singapore sovereign investor GIC and Microsoft, among others. The company focuses on micro, small and medium-sized enterprises.

Tokopedia
Tokopedia is an Indonesian technology company specializing in e-commerce. It was founded in 2009 by William Tanuwijaya and Leontinus Alpha Edison.

Shopee
Shopee was first launched in Singapore in 2015, and later expanded its reach to Malaysia, Thailand, Taiwan, Indonesia, Vietnam, the Philippines, Brazil, Mexico, Chile, and Colombia.

Lazada
Lazada is a Singaporean multinational technology company which focuses mainly on e-commerce. Founded by Maximilian Bittner with the backing of Rocket Internet in 2012, it is currently owned by the Alibaba Group after its acquisition in 2016.

Bukalapak
Bukalapak is an Indonesian e-commerce company. It was founded in 2010 as an online marketplace to enable small and medium enterprises go online and has expanded to support smaller traditional family owned businesses.