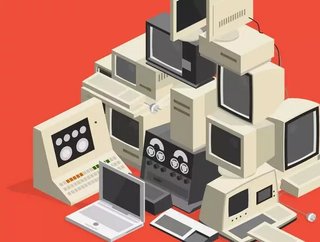 Great things often happen in the least assuming places. Steve Jobs’ family garage, Gary Gygax’s basement, the draughty shed at Bletchley Park where Christopher (the machine that cracked the enigma code and the great grandfather of modern computers) rattled away to itself in the middle of the night - humble rooms have so often been the birthplace of things that changed the world.

From the outside, Boelter Hall doesn’t look like much: a four storey collection of red brick and glass, sitting at the centre of UCLA’s campus, between the engineering and mathematics department. I went there once, in 2013, spending a day wandering around the campus under the Californian sun that filters through pine trees. I went inside Boelter hall, looked in on a lecture, and probably walked right past one of the most important sites in the history of the modern world.

On the third floor, Room 3420 is a nondescript office painted avocado green. It’s not much to look at, but Room 3420 is, for those who know, hallowed ground.

50 years ago today, a UCLA graduate student named Charley Kline sat down at an ITT Teletype terminal and sent the first digital data transmission to Bill Duvall, a scientist at the Stanford Research Institute.

The system crashed after sending two letters, L-O, but ARPNET, a small network of computers across a few American universities - the very earliest version of the Internet - had been born.

Neither Kline or Duvall fully realised at the time just how much was about to change over the next 50 years. “I don’t remember anything specifically memorable about that night, and I certainly didn’t realize that what we had done was anything special at the time,” said Kline in an interview with Fast Company.

Now, the network of nodes that they created is the foundation for everything from the Pentagon’s cloud architecture to Instagram.

“Today effectively marks fifty years since the birth of the Internet. On this day fifty years ago, the first message was sent over ARPANET, the first integrated network and the precursor to the modern Internet. Since then we’ve seen connectivity transform almost every aspect of our society, whether it’s the ability to stay in touch with family and friends, making industry smarter, or accessing and benefitting from the sum of the world’s knowledge,” reflects Chintan Patel, Chief Technologist UK & Ireland at Cisco.

Cisco was responsible for some of the most significant early breakthroughs in the internet space - particularly regarding routers - and now its technology touches about 80% of the web. Looking to the past, Patel also muses on what the future will bring.

“Cisco now estimates that by 2022, more traffic will cross global Internet networks than the amount we have seen in the entire 50-year history of the Internet. The way we use the Internet as individuals and organisations has changed in so many ways – from the days that you had to know command lines to use networks at all, to having the world’s information at our fingertips at the click of a button. The Internet has and will continue to create new industries, with new opportunities and challenges, but for those opportunities to be felt by everyone, we have to make sure it is accessible to all, that everyone has the skills needed to benefit, and that security is a priority. It’s only then that we’ll see the next fifty years of connectivity be as impactful as the past fifty have been.”