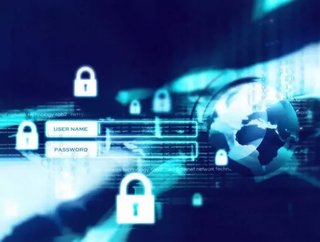 On Thursday, technology giants Cisco revealed that there will be another one billion people using the Internet by the year 2021, raising the number of u...

On Thursday, technology giants Cisco revealed that there will be another one billion people using the Internet by the year 2021, raising the number of users to a total of 4.6 billion.

Despite this, the figures suggest that 42% of the world's population will still be without Internet access.

The increase in connectivity was one of many projections at Cisco's 12th Visual Networking Index, whilst the risk of DDoS attacks was also highlighted as a key area in Internet of Things connections.

IoT will represent around half of all connections in five years' time, with a growth from 5.6 billion connections to around 13.7 billion.

Healthcare will be the biggest benefactors of the technological revolution, growing 30% annually with the introduction of connected appliances such as medicine dispensers and health monitors.

Content on the Internet will boom - streaming will increase with video making up 80% of all internet traffic in 2021, with nearly 1.9 billion video users. One million video minutes will be viewed every single second, with this equating to five million years of video consumed per month.

Emerging mediums such as live video streaming will go from strength to strength and grow fifteen-fold to 13% of all Internet traffic, with on-demand viewing helping to propel the entertainment mode to new heights.

Meanwhile, virtual reality is expecting to play a major role and will represent 1% of global entertainment traffic, which is a 20-fold increase from figures from 2016.

DDos attacks have risen by 172% in 2016 and this figure is expected to grow exponentially, reaching 3.1 million globally by 2021.

Average broadband speeds are expected to increase from 27.5 Mbps to 53.0 Mbps, whilst global IP traffic will increase three-fold and reach an annual run rate of 3.3 zettabytes.

This is linked to the projection that public wifi hotspots will grow from 94 million to 541 million, with mobile-connected devices and wifi providing 73% of all Internet traffic.

The Middle East and Africa will enjoy the biggest growth in regional traffic, with projections suggesting an increase of 42% by 2021.