A Closer Look Into Amazon Alexa 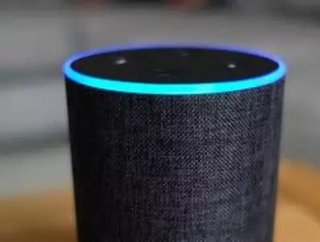 We take a closer look at Amazon’s voice-controlled virtual assistant Alexa, and how she can make your life so much easier. Overview: Amazon Alexa, a...

We take a closer look at Amazon’s voice-controlled virtual assistant Alexa, and how she can make your life so much easier.

Most devices with Alexa allow users to activate the device using a wake-word (such as Alexa or Amazon); other devices (such as the Amazon mobile app on iOS or Android and Amazon Dash Wand) require the user to push a button to activate Alexa's listening mode, although, some phones also allow a user to say a command, such as "Alexa" or "Alexa wake". Currently, interaction and communication with Alexa are available only in English, German, French, Italian, Spanish, Portuguese, Japanese, and Hindi. In Canada, Alexa is available in English and French (with the Quebec accent).

Amazon allows developers to build and publish skills for Alexa using the Alexa Skills Kit known as Alexa Skills. These third-party-developed skills, once published, are available across Alexa-enabled devices. Users can enable these skills using the Alexa app.

A "Smart Home Skill API" is available, meant to be used by hardware manufacturers to allow users to control smart home devices.

Most skills run code almost entirely in the cloud, using Amazon's AWS Lambda service. In April 2018, Amazon launched Blueprints, a tool for individuals to build skills for their personal use.

In February 2019, Amazon further expanded the capability of Blueprints by allowing customers to publish skills they've built with the templates to its Alexa Skill Store in the US for use by anyone with an Alexa-enabled device.