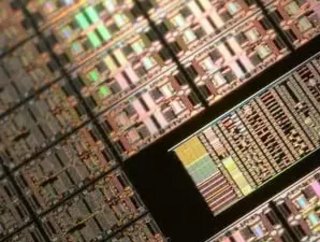 Ciaran Martin, former head of the National Cyber Security Centre, has raised the alarm over the sale of the Welsh microchip manufacturer to Nexperia, a Dutch subsidiary of China’s Wingtech. He says the move poses a greater threat to British interests than Huawei’s involvement in the 5G network.

Boris Johnson has now asked the national security adviser, Sir Stephen Lovegrove to look into the deal, which is worth a reported £63 and MPs have called on ministers to intervene. However, a board member and general counsel at Nexperia, Charles Smit, told the BBC the company was not owned by the Chinese state and that the Chinese state was not involved in Wingtech.

Manufacture of microchips a strategic issue not to be overlooked

Martin, who was chief executive of the NCSC unti last August, described the future of microchip supply as a ‘first order strategic issue’ for the government to get a handle on. Martin was part of the organisation when it revised its security assessment of telecoms equipment manufactured by Huawei, which then led to it being excluded from the UK’s rollout of 5G, based on security grounds and concerns.

Martin went on to say that the future of the supply of semiconductors is a strategic issue and ‘goes to the heart of how we should be dealing with China’. His comments come after the Commons Foreign Affairs Committee called for tougher moves and action to stop strategically-important companies being sold overseas. The group of MPs from all parties concluded the UK’s sovereignty should not be for sale and demanded the takeover of Newport Wafer Fab to be formally called in for review.

Tory MP and committee chairman, Tom Tugendhat, said China had a track record of using foreign investments to gain access to important technologies and information, adding: “We have witnessed too many of our country’s brilliant tech firms disappear abroad with potentially significant economic and foreign policy implications.”