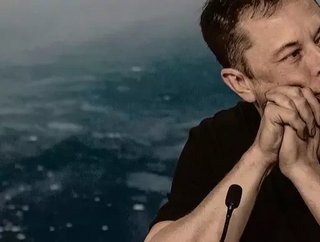 Tesla is building a giant battery to connect to Texas’ electricity grid. But does the move mean Musk and Co is priming itself to enter the energy sect...

Tesla is building a giant battery to connect to the Texas energy grid, according to Bloomberg Green .

A subsidiary of the company called Gambit Energy Storage is constructing a 100-megawatt-plus energy storage facility in Angleton, around 40 miles south of Houston, which could power some 20,000 homes.

The Texas power grid famously nearly failed when the state was hit by storms in February 2021. At the time Tesla CEO Elon Musk took to Twitter to lambast the energy council in his home state.

But creating the battery facility begs the question of whether Musk’s next venture may be an energy company.

Is Elon Musk planning to start an energy company?

It’s not Musk’s first foray into big batteries. He unveiled Powerwall, a home battery product, in 2015 to great fanfare, and in 2016 Tesla acquired SolarCity (of which Musk was one of the founders) to develop a solar roof.

But the uptake of these residential solutions has been marginal, and it’s possible that Musk sees the key to entering home energy is via the existing grid, as a supplier. His battery solutions have sustainability credentials and are resilient to inconstant power sources such as solar, wind and waves.

Tesla already has batteries connected to a substation in California, which gives peak time assistance to the main grid. A similar system is being developed in the San Francisco Bay Area.

He also understands the business benefits of entering the energy market. On a Tesla earnings call in 2020, Musk said, “I think long-term Tesla Energy will be roughly the same size as Tesla Automotive. The energy business is collectively bigger than the automotive business.”

At a time when renewable energy is being prized by consumers, politicians and corporations, it makes sense to play for the market to store energy from intermittent sources.