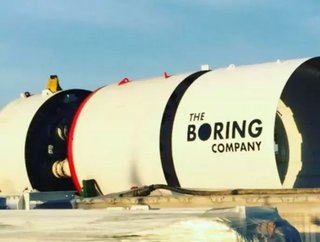 Elon Musk's Boring Company has announced that it will have completed the construction of its first tunnel by this time next week. Musk hasn't actually...

Elon Musk's Boring Company has announced that it will have completed the construction of its first tunnel by this time next week.

Musk hasn't actually revealed where the first tunnel is but he has left a series of cryptic clues on his Twitter account, suggesting that it will start at the Space X headquarters and go under the street to a car park opposite.

Across the road and below the ground pic.twitter.com/E2DG8EzaXg

Just installed steel skeleton of the car/pod elevator. Should be operating next week. pic.twitter.com/DIZW7zuWaA

Whilst focus will be drilled into the Boring Company in the coming weeks, this has followed on from more success for Musk.

The mission delivered 10 new Iridium Communications satellites, with the rocket taking off from California then landing on a drone ship in the Pacific Ocean eight minutes later.

Musk praised the new titanium grid fins after the mission, saying they "worked better than expected" and that the Falcon 9 "should be capable of an indefinite number of flights."

Reusable rockets can be used to help vastly reduce the amount of fuel needed that is usually used in 'normal' rocket launches, whilst also being capable of undertaking quickfire missions without the need for repairs.