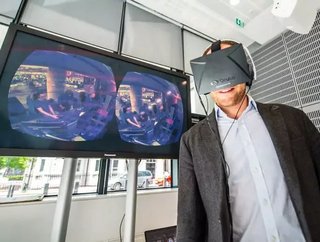 The December issue of Gigabit magazine is now live! We kick off with an exclusive inside look into the digital transformation of one of the world’s l...

The December issue of Gigabit magazine is now live!

We kick off with an exclusive inside look into the digital transformation of one of the world’s largest telcos, VEON.

Founded as VimpelCom in Russia by an American entrepreneur and a Russian scientist, it grew to serve 230mn people in 12 wildly different territories – from Italy to Pakistan. But organic growth across such variable terrain left a legacy infrastructure as complex as it was huge. Enter CIO Yogesh Malik and a company-wide vision to transform from the foundations up.

VimplelCom became VEON in February this year and embarked on a transformation project the scale of which the industry had never seen. We met Malik at his Amsterdam HQ to find out more.

Also this month we delve into the vision of the BBC’s pre-eminent OTT video offering, iPlayer, with Head of Digital Partnerships Cyrus Saihan, plus dig into a rapidly approaching item on the 2018 to-do list of digital leaders everywhere – the roll out of GDPR in the EU.

We hope you enjoy all that, plus a raft of other insights, in our final issue of Gigabit for 2017.