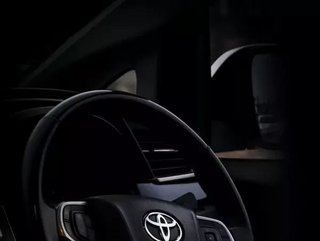 The world's biggest carmaker had planned to make nearly 900,000 cars next month, but has now reduced that to 540,000 vehicles. Volkswagen, the world's second-biggest producer, has warned it may also be forced to cut output further.

The Covid pandemic has boosted demand for appliances that use chips, such as phones, TVs and games consoles.

Today German firm Volkswagen, which cut output earlier in the year, said: "We currently expect supply of chips in the third quarter to be very volatile and tight. It added: "We can't rule out further changes to production."

Toyota's other rivals, including General Motors, Ford, Nissan, Daimler, BMW and Renault, have already scaled back production in the face of the global chip shortage.

Up until now, Toyota had largely managed to avoid doing the same.

New cars often include dozens of microchips but Toyota benefited from having built a larger stockpile of chips - also called semiconductors - as part of a revamp to its business continuity plan, developed in the wake of the Fukushima earthquake and tsunami a decade ago.

Toyota's factories in Asia will be affected. But a spokesman for Toyota UK at Burnaston, in Derbyshire, said they didn’t know of any impact on UK production.

He added the aim for Toyota as a whole was to make up for any lost volume by the end of 2022.

A whole range of businesses from large car makers to small appliance manufacturers have been hit by the shortages.

Issues started to emerge last year when Apple had to stagger the release of its iPhones, while the latest Xbox and PlayStation consoles failed to meet demand.

Since then, one technology company after another has warned of the effects.

And last month, the boss of chipmaker Intel, Pat Gelsinger, said the worst of the global chip crisis was yet to come.

Mr Gelsinger predicted the shortage would get worse in the "second half of this year" and it would be "a year or two" before supplies returned to normal.

Shares in Toyota fell by 4.4% today, their biggest daily drop since December 2018.