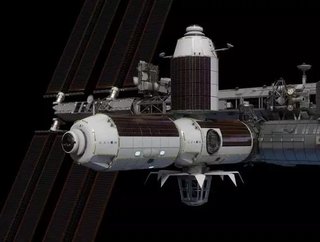 The private space race continues at pace with the news that US space startup Axiom Space is to build the International Space Station’s first commercia...

The private space race continues at pace with the news that US space startup Axiom Space is to build the International Space Station’s first commercial module.

Specifically designed to be a “habitable commercial module”, the hope is that it will serve as a destination to which future commercial missions can transport private astronauts to perform activities such as research and observation. Axiom is targeting a launch in 2024.

Although Axiom is a private company, it has significant connections to NASA, including the fact that President and CEO Michael T. Suffredini was previously NASA’s ISS Program manager.

"Axiom exists to provide the infrastructure in space for a variety of users to conduct research,” said Suffredini, “discover new technologies, test systems for exploration of the Moon and Mars, manufacture superior products for use in orbit and on the ground, and ultimately improve life back on Earth. As we build on the legacy and foundation established by the ISS Program, we look forward to working with NASA and the ecosystem of current and future international partners on this seminal effort."

The wider context for the announcement is NASA’s increasing openness to private participation in space travel, the Commercial Crew Program being just one example, with plans also being mooted for enterprise to ultimately take over and replace the ISS’s function as it reaches the end of its life. The Axiom module itself will be able to detach from the ISS and operate as its own independent space station.

“Axiom’s work to develop a commercial destination in space is a critical step for NASA to meet its long-term needs for astronaut training, scientific research, and technology demonstrations in low-Earth orbit,” said NASA Administrator Jim Bridenstine in a press release. “We are transforming the way NASA works with industry to benefit the global economy and advance space exploration. It is a similar partnership that this year will return the capability of American astronauts to launch to the space station on American rockets from American soil.”