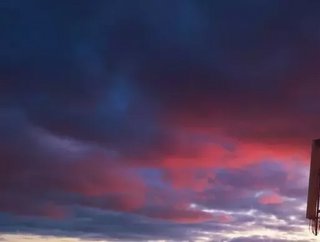 The Pentagon and the Federal Communications Commission’s plans to lease 5G frequencies to a private contractor could give the recipient a huge advanta...

The Trump Administration is pushing forward a plan to effectively nationalise a portion of the United States’ 5G networks. The move, which is deeply uncharacteristic of a Republican government which has expounded free market economic doctrines louder than the Reagan administration, has been met with criticism from the telecoms sector and Republican legislators. However, industry experts and legislators suspect that the move is being motivated by a desire to more effectively compete with China in the 5G arena.

The proposal is currently underway at two different branches of the government: the Federal Communications Commission and the US Department of Defence.

In September, the Pentagon released a Request for Information (RFI) to the private sector for insight into “innovative solutions and technologies for dynamic sharing of the department’s current spectrum allocation to accelerate spectrum sharing and 5G deployment.” According to a report by the Wall Street Journal, the Pentagon’s plans are likely to involve creating a 5G military cell network, which the Pentagon would then lease to enterprises in the manufacturing, tech and telecom industries. The Pentagon currently uses a sizable portion of available 5G space for radar and aviation, but the government appears to believe that repurposing it for commercial and government 5G use is a more beneficial strategy.

The Federal Communications Commission is apparently gearing up to hold an auction of some of the Pentagon-controlled bandwidth in December of 2021. According to Craig Moffett, an analyst for telecom and media research firm MoffettNathanson LLC, the entirety of the spectrum band controlled by the Pentagon could fetch as much as $100bn at auction.

Some people familiar with the matter have speculated that the resulting network could look a lot like FirstNet, a private communications network used by first responders and operated under government contract by AT&T. With FirstNew contracts costing as much - if not more - than a standard phone contract, the telecom company that ends up fulfilling a Pentagon-backed, “nationalised” 5G network could end up with a huge advantage over its competitors.

Major US telecoms have raised the issue, protesting that the Pentagon selling spectrum directly to telecom operators would circumvent the current, auction-based system and subvert competition.

However, the movement reportedly has popular bi-partisan support in congress, as it is increasingly seen as a way to “edge out” China from the US’ 5G networks, as well as bring 5G to underserved communities. In a virtual industry conference last month, ex-Google CEO Eric Schmidt said that a national 5G network using the Pentagon’s spectrum was the US’ best chance of “beating China” and averting the disaster of a world where China outstrips the US in 5G.