On the pitfalls and possibilities of satellites 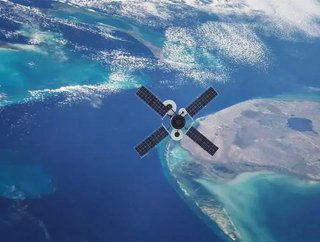 Earth orbit is prime real estate. As the Union of Concerned Scientists details, more than 2,000 satellites are currently circling above our heads. So ma...

Earth orbit is prime real estate. As the Union of Concerned Scientists details, more than 2,000 satellites are currently circling above our heads. So many, in fact, that collisions between them are becoming ever more likely, as the near miss of the European Space Agency’s Aeolus and a SpaceX Starlink satellite demonstrated.

That eventuality has led to calls for an improved form of space traffic control to avoid such an incident, which would be catastrophic considering the costs of putting a satellite into orbit, not to mention the attendant space debris produced by the collision. The more satellites put into space the more likely the cascading Kessler effect, which could even render space activities impossible.

Thankfully, potential solutions to the problem of space junk are being developed, as with the UK’s University of Surrey RemoveDebris satellite, which deploys a net to capture and de-orbit debris.

Assuming the worst does not come to pass, and the space around earth is managed sustainably, satellites have the potential to enable countless new avenues of business. First, however, space must be made more accessible. Companies such as Rocket Lab are working to remove one of the major hurdles preventing mass uptake of the opportunity: the cost of launching a satellite. Away from the launch side of the equation, companies such as Relativity Space are working to bring down the cost and difficulty inherent to satellite construction through the use of 3D printing technology.

As space metaphorically draws ever nearer, possibilities beyond the usual telecommunication and navigation sphere are becoming apparent. One such possibility involves the identification of latent natural resources. The UK government yesterday announced the funding of the Mission and Agile Nanosatellite for Terrestrial Imagery Services (MANTIS) satellite. Collaborating with industry, the satellite is said to be capable of imaging and analysing terrain for the remote identification of resources, and is just one example of the myriad opportunities presented by improved access to space.