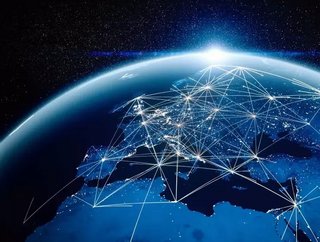 In partnership with CPN Satellite Services and MinFarm Tech, it is launching the MF 400 IoT Satellite Bridge, which the company says enables data collected from IoT sensors on LoRaWAN networks to be optimised, resulting in better connectivity for those deployed in remote locations.

LoRaWAN, which stands for Long Range Wide Area Network, is a communications technology used for IoT and smart city applications, allowing for the collection of data from sensors. The city of Zurich uses the technology to measure air quality, water levels and manage parking spaces.

In a press release, Tara Maclachlan, Vice President of IoT, Enterprise at Inmarsat, said: “IoT is already proving to be hugely influential in enabling effective remote operations across many different sectors, and we are continually focused on innovation with the objective of making our services even better. Backhauling LoRaWAN™ network data over satellite utilising the MF 400 IoT Satellite Bridge is a major step forward in this regard, and one which underscores the strength of the collaboration between Inmarsat, CPN and MinFarm.”

The company highlighted potential uses as being in dam monitoring or agricultural management, which require reliable equipment in remote settings with poor connectivity.

Christian Nicolai, M2M and IoT Consultant at CPN Satellite Services, added: “We are delighted to be launching this product in conjunction with Inmarsat and MinFarm. The MF 400 IoT Satellite Bridge will solve some of the major problems facing organisations operating IoT sensors in remote regions. Connecting these devices to Inmarsat satellite networks brings added reliability and resilience, with the guarantee that accurate data can be transmitted and received regardless of location.”