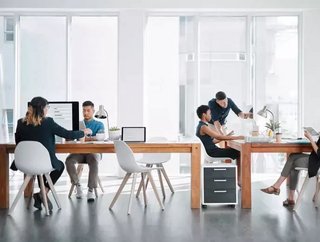 Yesterday, Microsoft announced that its workplace messaging app Microsoft Teams has exceeded expectations and targets, growing by 54% since July - from...

Yesterday, Microsoft announced that its workplace messaging app Microsoft Teams has exceeded expectations and targets, growing by 54% since July - from 13mn users in July to more than 20mn daily active users today.

The ongoing battle to pick clean the carcass of email as an internal communication tool took a turn for the worse as far as collaboration app Slack is concerned.

Slack still managed to grow its own user base by 20% in the last year, but its expansion is bringing it into direct competition with apps like Teams, while a host of eager startups and spin-offs nip at its heels.

Slack countered the announcement as misleading, however. “You can’t transform a workplace if people aren’t actually using your product. Slack continues to see unmatched engagement on our platform with over 5bn weekly actions, including more than 1bn mobile actions,” a Slack spokesman told MarketWatch in an email. “Among our paid customers, users spend more than 9 hours per workday connected to our service, including spending about 90 minutes per workday actively using Slack.” The company also threw a little shade in a blog post last month, claiming that almost three-quarters of its users are Office 365 users.

Which one is actually better?

Both applications offer freemium pricing models, basic text chat (with a few added things like stickers, GIFs and tagging), although according to Digital Trends’ recent coverage, Slack has better integration with apps like GIPHY, which “may be an important factor depending on how memetastic your office is.”

The two services provide a sliding scale of application integrations, with Slack offering up to 800, but capping the free version at 10. Teams only offers about 180, but they’re all available from the get-go.

Regardless of which company is this week’s victor, it’s clear that the competition over communication inside (and outside) the enterprise is being valued at a premium, and we’re in the middle of a radical shift in the way people exchange information digitally at work.

According to Slack’s VP & General Manager of Platform, Brian Elliott, the industry is “seeing a generational shift in how we collaborate at work. People are moving away from email and into channels, away from legacy suites of badly connected products and onto a new customisable platform that can more easily connect the tools they use to work.”