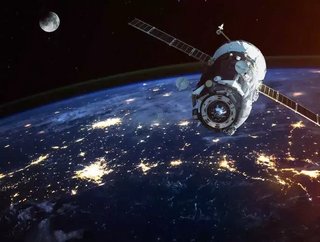 The global space economy was worth an estimated $345bn in 2016, composed of about 25% government budgets and 75% commercial revenue. Reports estimate th...

The global space economy was worth an estimated $345bn in 2016, composed of about 25% government budgets and 75% commercial revenue. Reports estimate that the figure could grow by more than 12% per year as we enter the 2020s. In addition to NASA, the European Space Agency and the ISRO, commercial players like Boeing, Virgin Galactic and SpaceX are racing to invest in getting their hardware beyond the atmosphere to exploit opportunities ranging from tourism to mining to telecommunications.

“Space is big,” wrote Douglas Adams in his seminal science fiction radio drama/book/tv show/movie starring Alan Rickman as clinically depressed robot. “You just won't believe how vastly, hugely, mind-bogglingly big it is. I mean, you may think it's a long way down the road to the chemist's, but that's just peanuts to space, listen-” and so on.

However, given that by 2025 the number of satellites launched into the atmosphere every year is predicted to grow dramatically - from 365 in 2018 to more than 1,100 - experts around the world are raising concerns that space could be getting a lot more crowded than is comfortable.

Currently, there are about 2,000 working satellites orbiting earth. Even setting aside for a moment Elon Musk’s plan to launch 42,000 Starlink mini satellites as part of a plan to bring high speed internet to the world, that’s a large amount of hardware moving around the Earth at speeds slightly in excess of 27,000 km per hour. At speeds like this, even something as small as a fleck of paint can punch through metal like a 50 caliber bullet through tiramisu. NASA - which is following the movements of more than half a million pieces of space debris - doesn’t track anything smaller than a marble, but estimates that there are “probably millions” of these paint fleck-sized bullets orbiting the earth at speeds that would get you from Reykjavik to Sydney in about half an hour.

One of the major issues in the burgeoning space industry is that there is very little legal supervision, precedent or accountability for companies or countries with operations in space. The major legal document at the heart of space law is a treaty drawn up by the United Nations in 1967, which mainly emphasised the fact that no one should be installing weapons of mass destruction in orbit or on any forthcoming secret moon bases.

In 2007, the Chinese government conducted an anti-satellite missile test which - very successfully - annihilated one of its orbiting weather satellites. The resulting explosion increased the number of individual objects in orbit by more than 25%. Earlier this year, the Indian government did much the same, blowing up one of its own low-orbit satellites and releasing a fresh cloud of debris into the vacuum surrounding the planet.

While private companies are less likely to shoot missiles at their own satellites, the fact that spacefaring hardware is getting cheaper and smaller means that companies like SpaceX can easily shoot a few thousand satellites into space and then, if a few go dark (so far, about 5% of the Starlink units have stopped responding) then there are plenty left.

"There are practically no examples of satellite problems caused by space debris," Le Gall told said in an interview this year. "But this is starting to be a more urgent concern because of the (satellite) constellation projects. It's clear that even if we only had to think about SpaceX's constellation, the issue would need to be addressed." For Le Gall, Musk's company "isn't doing anything against the rules. The problem is that there are no rules. There are air traffic controllers for planes. We will end up with something similar."

Earlier this year, Jeff Bezos said in a talk that Amazon’s success would not have been possible without access to pre existing infrastructure. He continued by saying that it was the job of the current generation to create similar infrastructure in space, so that humans in the future can benefit from the infinite resources and scale of the wider universe beyond our own Earth. While he was referring to things like vast rings of habitation platforms in geostationary orbit, or asteroid mining operations, an underlying legal structure is just as necessary to the functioning of the road networks and postal services that made Amazon possible.

In the same way, space law (which admittedly sounds like a 90s procedural) will serve as a foundation for mankind’s extra-planetary endeavours over the coming century.

According to the Economist, “International lawyers point to two, admittedly imperfect, analogies on Earth as ways to think about space mining. One is the high seas: no nation has sovereignty but you don’t need international permission to extract resources (ie, fish). The other template is provided by seabed mining, an activity subject to strict licensing and regulation by an organisation called the International Seabed Authority.”

While it currently seems as though the space beyond the sky will be treated similarly to our oceans when it comes to resource extraction, some experts are advocating for voluntary “best practice” guidelines as a stepping stone towards a more regulated space. However, if no government or company owns space (and efforts to support an independent regulatory body have, so far, been unsuccessful) then establishing standards of accountability will remain challenging, and could lead to losses of equipment and financial returns.