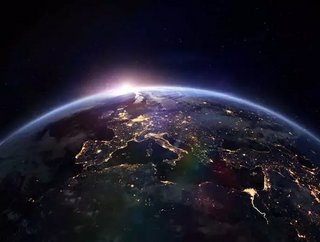 The American space company headed by Elon Musk first announced the Starlink project back in 2015. In a nutshell, the company is aiming to create a satellite network to connect the world to the internet, with a specific focus on providing affordable services to those who remain unconnected. The individual satellites are equipped with technologies including ion thrusters, allowing for adjustments in position, and automatic collision avoidance, both with space debris and other spacecraft.

SpaceX has now asked permission from the International Telecommunication Union (ITU), the United Nations agency responsible for coordinating the assigning of satellite orbits, to launch a whopping 30,000 Starlink satellites.

That’s in addition to the 12,000 already approved by the Federal Communications Commission (FCC) in the US, who facilitated this recent request to the ITU.

Of the 42,000 satellites that are now intended to make up the constellation, only 60 have been launched so far (as well as two test satellites). Launched via a single mission in May, using the firms reusable Falcon 9 launch vehicle. Three of those satellites have since become defunct, with the remaining 57 operational.

SpaceX has seen a lot of activity recently, with the reveal of the company’s interplanetary Starship and the resolution of a minor fracas with NASA regarding the Commercial Crew program to fly astronauts to the International Space Station. That’s showing no sign of abating, with the launch of a further 60 starlink satellites scheduled for tomorrow, 17 October.

The company is targeting a more frequent launch schedule following that mission, reportedly targeting up to seven launches in the first half of next year. SpaceX says it expects Starlink to offer internet service to the Northern US and Canada after six launches, and the “populated world” after 24.