Special Report: 5G, the key to a smart city future 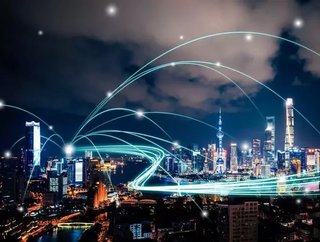 All of human history has been defined - more than war, revolution and technological invention - by the movement and migration of populations. From the f...

All of human history has been defined - more than war, revolution and technological invention - by the movement and migration of populations. From the first homo sapiens sapiens to leave Africa in the mists of prehistory, to the influx of Europeans to the Americas, Indians to Pakistan following the fall of the Raj, the Zionist movement, and the exodus of more than a million Vietnamese citizens following the fall of Saigon. Not all migrations are defined by wars or their ends, however. The past century has been defined by sustained migration on an intense scale, driven by an arguably more powerful force: urbanisation.

In 1950, just over 751mn people lived in cities. Today, the global urban population exceeds 4.2bn. The United Nations predicts that the proportion of humanity living in and around cities will reach as high as 68% by 2050, adding a further 2.5bn people to urban environments around the globe as more than 1.5mn people move and are born into cities every day. Our cities are getting bigger, more crowded and more numerous. Right now, more than 120 new cities are under construction in over 40 countries. In previous features, we’ve spoken about the challenges facing the cities of the future: congestion, pollution, longer food supply chains, crime, climate change, income inequality, siloed and unwieldy government bureaucracy, corruption, lack of access to healthcare, housing and education.

There’s no one silver bullet solution to the hulking werewolf of urban misery, but the power of breakthrough technology solutions to make cities of the future more interconnected and provide greater insight into an increasingly tangled web of public and private infrastructure may stand the best chance. Smarter cities are safer, more responsive to the needs of their citizens, and more resistant to disruption. “The development of smart cities is becoming a focus for societies across the world, from Hull (with its new operating system that centralises data management), Stockholm (dubbed the first European Green Capital thanks to developing smart solutions around sustainability), and Johannesburg (just one example includes the development of its smart security, using a centralised, highly adapted CCTV system),” says Chairman of VXFIBER Mikael Sandberg. In order for dreams of urban utopia to become a reality, however, there are some big problems to solve. “The goal for smart cities is to integrate masses of data sets from different silos, which are gleaned from infrastructure in the energy sector, buildings management, mobility and transport systems or air-quality monitoring, then leverage this information to make a city more efficient, sustainable and better for its residents,” says Paul Brodrick, Business Development Director for Digitalisation, at Siemens. “With IoT-type sensors placed everywhere to collect useful data, the massive amount of information generated has to be communicated, analysed and fed back to the infrastructure to affect changes in how smart cities operate.”

As cities become increasingly saturated IoT, generating vast quantities of data on an hourly basis, it’s becoming clearer that 5G will play a pivotal role in handling these oceans of information and turning them into a shorter wait at the traffic lights, or less water wastage. “5G heralds the arrival of ultra-low latency – the ability for a machine or device to respond instantly with our 5G network – and advances in mobile edge computing to bring critical business and healthcare services much closer to our customers,” notes Scott Petty, CTO of Vodafone UK. “It also opens up a whole host of new smart city applications such as drivers being guided to available parking spaces, to buildings that intelligently manage their own energy consumption, from smart street lighting to bins that report when they need emptying.” Eric Law, Vice President, Europe, at Commscope agrees, adding: “Most people still think of 5G as a new wireless service for faster smartphones, but it is also the technology that enables a city to become smarter. In the future, cities will use new applications and the IoT to enrich the lives and safety of their residents and visitors. In fact, we can expect to experience new technologies such as virtual reality (VR), augmented reality (AR), and autonomous vehicles all on our doorsteps.”

The possibilities that 5G opens up for improving and introducing new services for smart city residents are numerous. According to Professor Jie Zhang, the Chair of Wireless Systems at Sheffield University and Founder, Chief Scientific Officer and Chairman of the Board at Ranplan Group, there are “three new service categories envisioned for 5G: enhanced mobile broadband (eMBB), ultra-reliable and low latency communications (URLLC) and massive machine type communications (mMTC).” Zhang notes that mMTC has the potential to support millions of IoT nodes across a city that can, as Petty said, collect and transmit data concerning temperature, pressure, humidity and pollution to control centres and authorities to make the city smarter. The applications and service range from smart homes and commercial buildings for energy saving and waste monitoring for environment protection, to critical infrastructure such as water, electricity, gas, bridges and roads. Collaboration between the public and private sectors will, Zhang argues, be essential. “City councils normally own a lot of street furniture, some of which will be very useful for 5G network deployment and be used to provide smart city applications. In particular, lampposts will play a central role in the future of the smart city,” he says. “For example, 5G small cell base stations and antennas can be installed on lampposts. Many smart city leaders in Singapore, for example, have started to deploy a new type of lamppost, the so-called smart lamppost that integrates 5G, Wi-Fi, video cameras for road traffic condition monitoring and sensors for air quality and noise. The EU also has plans to replace 10 million out of some 90 million lampposts with smart lampposts.” Benoit Jouffrey, Vice President of 5G Expertise at Thales, agrees. “The successful deployment and integration of 5G into our cities will not materialise without frictionless co-operation between the public and private sectors.”

Analysing the data collected from these massive networks of IoT nodes, however, will be no small feat. “The key challenge for cities will be managing the data complexity that will come with 5G, particularly when we think about the impact of mMTC,” says Allen Johnston, VP of Sales at EXFO. “One influential technology will be automation—cities and operators alike simply won’t have the time or resources to connect, collect, analyse and correlate network performance information. They’ll therefore need to rely on automation tools to analyse network data in real-time, and ensure they can measure the actual validity and accuracy of what they’re monitoring and how it impacts the smart cities services they deliver.”

As we enter a new decade, the services that we use on a daily basis (both in and out of cities - just look at the FCC’s $9bn rural 5G connectivity fund) are going to need faster connections to enable greater data gathering and insight generation. Sarah Mills, Director for Mobile Network Operators at SSE Enterprise Telecoms, concludes: “At the rate cities are growing, the automation of a number of public services from buses, taxis and cars, through to traffic lights and street lighting, must occur. 5G will enable those services.” Trials and large scale initiatives are already beginning to get underway around the world, but 2020 will be the year that adoption hits a critical tipping point. We’re all about to see just what 5G can do.