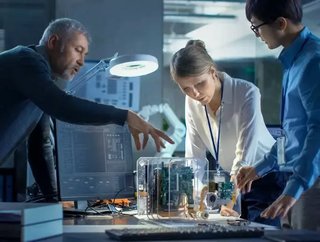 Hardware startup Mason recently announced the receipt of $25mn of funding. What is generating the buzz around the company? Located outside the typical...

Hardware startup Mason recently announced the receipt of $25mn of funding. What is generating the buzz around the company?

Located outside the typical startup hub of San Francisco, Mason is headquartered in Seattle, Washington, home of established tech giants such as Tableau Software and, of course, Amazon. Alongside these heavyweights, the city is experiencing a boom in new tech companies, driven by the talent initially attracted to larger companies.

Founded in 2015, Mason recently closed a Series A funding round on 14 August, raising a respectable $25mn. According to Crunchbase, investors included Base10 Partners, GGV Capital and leaders Coatue Management, of whom Mark Zuckerberg’s youngest sister Arielle is a partner.

With such a stamp of approval, the startup is poised to make strides in its specific wheelhouse: hardware. Often a sticking point for companies due to the complexity and large investment required, Mason is seeking to simplify the experience of turning ideas into physical products. According to its website, the company currently offers bespoke, customised operating systems alongside ‘enterprise hardware’, such as tablets and smartphones with lifecycles of over three years. Combined, the company describes itself as offering ‘mobile infrastructure’ solutions.

According to the company’s LinkedIn, its customers have already used its services for ordering kiosks, patient engagement in hospitals and more.

CEO Jim Xiao said in a press release: “We’re honored to have the backing of this amazing group of investors. It’s a powerful endorsement of the market need and our mission to help anyone build and deliver smart hardware products in as little as two days. We’ve seen the incredible impact dedicated devices can have across every major industry, but there have always been major roadblocks going to market. Our goal is to remove those barriers and make delivering game-changing software on dedicated hardware easy and affordable.”

Mason is aiming to use the funding to fuel its growth, hiring more people and expanding its custom-built hardware offerings.