T-Mobile has launched the first 5G network in Poland 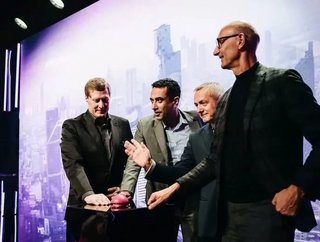 T-Mobile Polska has launched the first fully functional 5G network in Poland The5G service is currently available in the centre of Warsaw.In a statemen...

The 5G service is currently available in the centre of Warsaw. In a statement, T-Mobile says it will extend the service to more locations and cities so that it “ultimately covers the entire country.”

"We do not wait for the future; we create it today for Poland by building and launching the first 5G network in our country,” said Andreas Maierhofer, the CEO of T-Mobile Polska.

“We are well aware of how important role 5G plays in the development of an innovative economy and creating development opportunities for the whole society.

He added: “It's noteworthy that the installation we have launched today is not just an isolated test of our technology, but an actual fully-fledged network of the fifth generation, which we will gradually expand and spread to other cities, to ultimately cover the entire country."

Devices which have access to the network were distributed to selected T-Mobile partners so that they can build new business solutions and products.

The announcement aligns with a statement made by Deutsche Telekom CEO, Tim Hoettges, whereby he identified Poland as a key market for the DT Group and its subsidiaries such as T-Mobile.

Commenting on the launch, Thomas Lips, Chief Technology and Innovation Officer at T-Mobile Polska added: "The highest quality of the network is the priority, and it is the most important feature that makes T-Mobile stand out from its competitors.

“Apart from the best coverage and data transmission speed in the LTE network, we now have yet another argument to support this claim.

"It is T-Mobile that launched today the first real, functional and fully-fledged 5G network in Poland, which is based on commercial solutions and has been made available to our partners."