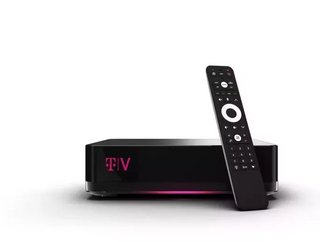 T-Mobile has unveiled its new home TV service, TVision Home, marking the telecom's ambitions to take on the television market. The new platform comes a...

T-Mobile has unveiled its new home TV service, TVision Home, marking the telecom's ambitions to take on the television market.

The new platform comes as T-Mobile rebrands and upgrades Layer3 TV, a company that the telecom acquired in 2017.

T-Mobile says the launch brings it “one step closer to taking on Big Cable”.

Additionally, T-Mobile says that the TVision user experience is AI driven and "will recommend shows based on the time of day or your usual viewing habits."

The un-carrier also announced that Netflix and other streaming apps will be available on TVision Home, and shared plans for TVision to run on popular third-party TV platforms in the future.

“The Un-carrier has already changed wireless for good… and today’s news brings us one step closer to taking on Big Cable,” said John Legere, CEO of T-Mobile.

“And with the New T-Mobile, we can do more than just offer home TV service … we can offer millions of Americans more choice and competition for TV AND home broadband.

“I can’t wait to begin un-cabling cable and giving millions the opportunity to cut the cord with Big Cable forever.”