US, Asia to lead the way in global 5G deployment 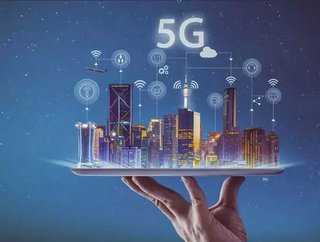 A new report from CCS Insight has revealed that the US and Asia will continue to lead the way in the deployment and adoption of 5G. The report, Market...

A new report from CCS Insight has revealed that the US and Asia will continue to lead the way in the deployment and adoption of 5G.

The report, Market Forecast: 5G Subscription, has revealed that the earliest commercial 5G services could be deployed as early as later this year, with a number of leading operators expecting to commercially launch their 5G networks in 2019.

“We see the first 5G smartphones emerging in 2019, but these will be relatively few in number,” said Marina Koytcheva, Vice President of Forecasting, CCS Insights. “The real ramp-up will come in 2021, when over 350 million 5G handsets will be sold worldwide.”

China is forecast to have over 100mn 5G connections by 2021, later surpassing 1bn users in 2025 in line with this. However, despite the early launch expected in the US and the significant adoption in Asia, Europe is expected to lag behind, forecast to only hit 100mn connections in 2023.

This is largely due to the region’s operator’s continual preference of focus on 4G networks, alongside a lack of scale and market fragmentation.

“The industry might be struggling to establish the business models for investment in 5G, but this isn't stopping leading operators battling for bragging rights to launch the first networks,” said Kester Mann, Principal Analyst covering operators at CCS Insight.”

“Competitive forces and the need for capacity are the leading drivers of early deployment, although we caution this could set unrealistic expectations for initial network capability.”

The growing autonomous driving and remote healthcare markets are expected to act as key drivers in the 5G market, whilst CCS Insight also predicts that network expansion will be pushed by the bandwidth needed to support greater video consumption on mobile devices.

By 2025, mobile broadband is expected to represent 98% of all 5G connections.