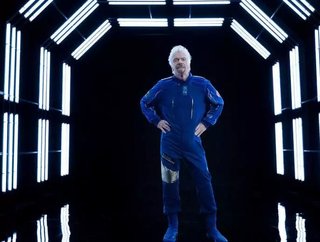 This continues a spectacular month for the space tourism firm that has seen it secure essential partnerships, launch new products and take important steps towards leading the private sector space race.

Yesterday, Virgin Galactic’s shareholders approved the company’s merger with investment firm Social Capital Hedosophia, which took control of 49% of its stock to help it go public, which it announced its intention to do in July.

Virgin Galactic will be the first spacefaring company to trade on public markets, under the ticker SPCE.

“We are at the vanguard of a new industry determined to pioneer twenty-first century spacecraft, which will open space to everybody — and change the world for good,” said Branson.

“Everybody” might be a few years away at this point. Tickets in Virgin Galactic’s spacecraft (which can carry six passengers in addition to its two pilots) are reportedly going for about $250,000 per person. The craft is disengaged from a high-altitude jet and uses a rocket to punch its way through the atmosphere, where its occupants get to float weightless for a few minutes. Pound for pound, the space tourism industry may be the most expensive form of entertainment in the world.

At least the outfits are great though. Revealed earlier this month and designed in collaboration with sportswear manufacturer Under Armour, Virgin Galactic’s passenger suits look like something out of Star Trek: Discovery.

The futuristic jumpsuits are made from a super lightweight “flight grade” yarn that Under Armour says regulates body temperature. Branson himself commented that the suits were “ridiculously comfortable.”

Virgin Galactic isn’t going it alone into the great unknown either. On 8 October, aerospace giant Boeing announced that it was investing $20mn into Virgin Galactic. “Boeing’s strategic investment facilitates our effort to drive the commercialisation of space and broaden consumer access to safe, efficient, and environmentally responsible new forms of transportation,” said Brian Schettler, senior managing director of Boeing HorizonX Ventures. “Our work with Virgin Galactic and others will help unlock the future of space travel and high-speed mobility.”