Vodafone, Nokia to create 4G network on the moon 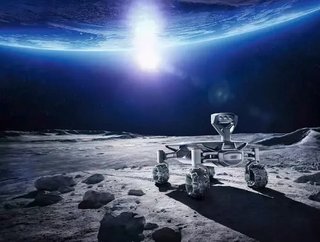 The moon will be getting a mobile network in 2019, 50 years after Neil Armstrong stepped onto the lunar surface. Vodafone will be behind the project and...

The moon will be getting a mobile network in 2019, 50 years after Neil Armstrong stepped onto the lunar surface. Vodafone will be behind the project and has appointed telecoms infrastructure powerhouse Nokia as its technology partner.

The plan to provide extraterrestrial 4G coverage is part of Vodafone's support for a moonshot by Berlin-based PTScientists, which aims to achieve the first privately funded moon landing after it launches from Cape Canaveral in a SpaceX Falcon 9 rocket next year.

German automaker Audi is also intimately involved. It is constructing two rovers - dubbed Audi Lunar Quattro - which will emerge from PTScientists' lunar lander to probe the last resting place of the famous Apollo 17 roving vehicle, which remains in place after the last astronauts to walk on the lunar surface departed in December 1972.

Vodafone and Nokia's 4G network will be used to connect Audi's rovers to a base station on the lander, from where the people of Earth will be streamed live video of the mission.

As PR adventures go, it's certainly up there with Tesla's deep-space Roadster. But there's hard-edged engineering and far-sighted business sense involved, too.

Nokia, through Nokia Bell Labs, has been tasked with creating an ultra-compact, space-grade network that weighs less than 1kg. It will use 4G primarily because 5G is still in its infancy, but also because it is extremely energy efficient. It will use the 1800MHz frequency to beam back the first live HD footage of the moon's surface.

According to Nokia CTO Marcus Weldon, the project is helping to "advance the communications infrastructure required for academics, industry and educational institutions in conducting lunar research," be that in terms of networking, data processing or storage. As the pace quickens towards a return to the moon and a manned mission to Mars, this is technology that Vodafone and Nokia will now be in a prime position to provide on the back of real-space experience.

Robert Böhme, CEO and Founder of PTScientists, said: “This is a crucial first step for sustainable exploration of the solar system. In order for humanity to leave the cradle of Earth, we need to develop infrastructures beyond our home planet. With Mission to the Moon we will establish and test the first elements of a dedicated communications network on the Moon. The great thing about this LTE solution is that it saves so much power, and the less energy we use sending data, the more we have to do science!”

Vodafone Germany CEO, Dr Hannes Ametsreiter, commented: “This project involves a radically innovative approach to the development of mobile network infrastructure. It is also a great example of an independent, multi-skilled team achieving an objective of immense significance through their courage, pioneering spirit and inventiveness.”