Top 10 companies in the world of quantum computing 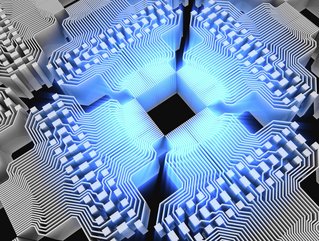 We explore 10 of the most influential companies in the world of quantum computing, which is set to transform our world

Few technological advancements have the potential of quantum computing, which could transform industry worldwide on an unprecedented scale.

Quantum computers use qubits, which can be 1 and 0 simultaneously, allowing these machines to handle much more complex problems. Physicists think that quantum computers might one day run revolutionary algorithms that could, for example, search unwieldy databases or factor large numbers — including, importantly, those used in encryption.

Here are 10 of the top companies in the world of quantum computing technology.

Founded in 2016, Xanadu's mission is to build quantum computers that are useful and available to people everywhere.

The company has released free, open-source software that lets almost anyone run commands on publicly accessible, cloud-based quantum computers, like the IBM Q Experience or the University of Bristol’s Quantum in the Cloud.

Since starting research into quantum cryptography in 2003 at the Cambridge Research Laboratory of Toshiba Research Europe Limited, the company has demonstrated a number of notable world firsts, including being the first to announce quantum key distribution over 100km of fibre in 2004 and the first with a continuous key rate exceeding 10 Mbit/second in 2017.

The company is headquartered in California, with offices in Washington, DC, Australia, and the UK.

According to its director of quantum hardware, Intel is eyeing nothing less than a million-qubit system — the number at which it says truly transformational power will occur.

Amazon is building the framework for a quantum computer, advancing attempts to harness technology that can crunch huge amounts of data in seconds.

In June, the company launched the AWS Centre for Quantum Networking, and with Amazon Braket, the company offers developers access to quantum computers from the likes of IonQ, Oxford Quantum Circuits, Rigetti and D-Wave. The company is also already running the AWS Center for Quantum Computing in Pasadena, California, and the Amazon Quantum Solutions Lab.

The combination of the company’s flagship software platform Qatalyst with QPhoton’s QPS, sets QCI on a path to delivering a full-stack quantum solution that can be used by non-quantum experts for real-world industry applications.

QCI also seeks to eliminate the vendor lock-in created by low-level coding to individual QPUs, and to deliver the best performance results at the lowest cost for users.

D-Wave systems use a process called quantum annealing to search for solutions to a problem.

Quantum annealing is uniquely designed for optimisation, both today and into the future, and D-Wave says customers can solve larger and more complex problems and get higher quality answers for real-world problems faster.

Google Quantum AI is advancing the state of the art of quantum computing and developing the tools for researchers to operate beyond classical capabilities.

From its campus in Santa Barbara, the Google Quantum AI lab’s objective is to create a quantum computer that can tackle real-world problems. Google aims to investigate near-term applications that are forward compatible with a large-scale universal error-corrected quantum computer.

For decades, Microsoft has been doing basic quantum physics research to solve some of society's largest, most complex challenges.

Microsoft has all the building blocks of a topological qubit—a new and unique qubit that will be faster, smaller, and more reliable than other qubits. In time, topological qubits will power Microsoft's fully scalable, highly secure, next-generation quantum computer.

Its Azure cloud platform gives companies access to quantum resources without the high expenses and infrastructure costs that typically come with it, where users can also access resources from QCI, Honeywell, Toshiba, IONQ and 1Qloud.

By 2023, the Condor quantum computer will house a 1,121-qubit CPU and be capable of investigating Quantum Advantage.

At that point, IBM hopes this system will solve problems more efficiently than a supercomputer. 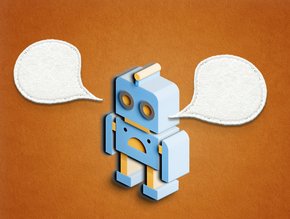 From ELIZA to ChatGPT: The evolution of chatbots technology

With evolving artificial intelligence technology, chatbots are becoming smarter and faster. Technology Magazine looks at the history of chatbot technology… Top 10 leaders innovating in the world of AI

When fantastical AI innovations come into play, we often tend to focus on the company itself. Here, we look at the Top 10 experts driving the companies… 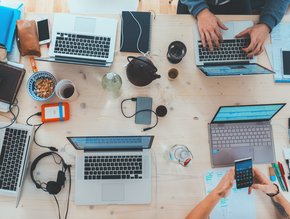 As technology continues to develop and be applied to a wide range of industries, Technology Magazine takes a look at 10 of the top tech startups globally…

Top 10 cybersecurity companies in the world in 2022