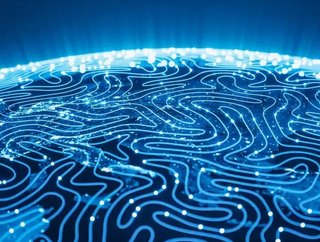 Founded in 2010 by a trio of Britons - Mustafa Suleyman, Shane Legg and Demis Hassabis - the AI company DeepMind is led by Hassabis, who serves as CEO...

Founded in 2010 by a trio of Britons - Mustafa Suleyman, Shane Legg and Demis Hassabis - the AI company DeepMind is led by Hassabis, who serves as CEO.

The company first came to public attention in 2016, when DeepMind’s AlphaGo won a best-of-five against Go world champion Lee Sedol. Though chess playing supercomputers such as IBM’s Deep Blue have been around since the 90s, DeepMind approached the massively more complex game of Go with machine learning techniques including neural networks and reinforcement and imitation learning.

More recently, AlphaStar beat a professional StarCraft II player, again representing a huge jump in complexity. That development saw AlphaStar playing against versions of itself to achieve Grandmaster ranking, denoting the top competitive league of StarCraft II when played as an esport. The AI was ranked above 99.8% of other players.

Having been acquired by Google in 2014 and subsequently reorganised to become a subsidiary of Google’s parent Alphabet, DeepMind nevertheless retains a focus on academic research to push the boundaries of AI. One of its latest projects involves turning its technology on to the study of coronavirus. The company’s AlphaFold system analyses protein structure and folding.

In a blog post, the company explained the application of its system to the virus. “AlphaFold, our recently published deep learning system, focuses on predicting protein structure accurately when no structures of similar proteins are available, called “free modelling”.  We’ve continued to improve these methods since that publication and want to provide the most useful predictions, so we’re sharing predicted structures for some of the proteins in SARS-CoV-2 generated using our newly-developed methods.”