The rise of the ‘cobots’ 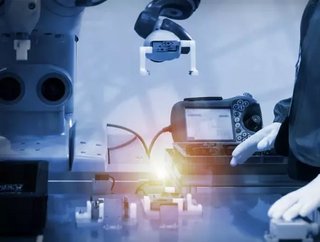 As collaborative robots find their way into the workplace, we take a look at some of the companies pushing the industry towards an adoption tipping poin...

As collaborative robots find their way into the workplace, we take a look at some of the companies pushing the industry towards an adoption tipping point.

Collaborative robots - ‘cobots’ - are nothing new. Invented in 1996 by J Edward Colgate and Michael Peshkin, two professors at Northwestern University, cobots are robots designed to function alongside a human in a shared workspace, and are usually built with strict safety measures to ensure the safety of their human coworkers.

While cobot technology has been around for over twenty years, recent improvements in the software that supports automated workers, coupled with what Harvey Lewis, an Associate Partner at EY, calls the “transition from occupations to task-based work,” wherein division of labour and increasingly specialised job roles create more and more specialised requirements, may be pushing the technology towards a mass adoption tipping point.

Today, cobots are the fastest growing segment of industrial automation, and a report on a BMW assembly plant published in the MIT technology review found that, when humans and robots worked side by side, there was an 85% reduction in workers’ idle time when they collaborated with robots. When interviewed about the addition of cobots to the BMW manufacturing plant in Spartanburg, the VP of Assembly noted that the German automaker believes there is no foreseeable day when robots will replace humans entirely on the factory floor. “Ideas come from people, and a robot is never going to replace that,” he told the MIT Technology Review.

In the lead up to the Christmas period, engine and filtration system manufacturer Cummins announced that it would more than double the number of cobots active in its plants by the end of the year. Currently, cobots and cobot manufacturers present roughly two functional solutions: the arm and the platform.

As cobots begin to take on larger and larger roles, particularly in the manufacturing and logistics sectors, Gigabit Magazine takes a look at a few of the companies leading the transformation of our workforce.

With 27,000 more units sold than the next-largest manufacturer of cobots, Danish manufacturer Universal Robots is a clear leader in the industry. The BMW plant at Spartanburg and Cummins, among many more leading manufacturers, currently use the company’s collaborative robotic solutions.

Universal Robots attributes its success to the fact its robotic arms are designed with an emphasis on being lightweight and, more importantly, very simple to programme and reprogramme by people who are not necessarily robotics experts. According to the company, “This enables the possibilities for small and medium sized companies to implement robots into the production, even though they do not possess the robot expertise inside the company.”

In November, Universal Robots and fellow Danish cobot manufacturer Mobile Industrial Robotics (MIR) celebrated the opening of a new (appropriately) collaborative automation centre in Barcelona. The facility covers 1,500 sqm and, in addition to offices for each company, hosts a joint showroom where the latest technology and applications for cobots will be demonstrated.

At the launch, Jürgen von Hollen, President of Universal Robots said: “We have chosen Barcelona because it gives us access to qualified resources, ability to attract talent from around the world, a vibrant business activity and good infrastructure.”

The holidays are the peak months for the logistics industry. In the US, companies like XPO Logistics often bring on as many as 20,000 seasonal workers in order to handle the Christmas rush. As the scope of ecommerce’s impact on the global logistics sector expands, coupled with lower employment levels across the country, distributors are struggling to handle the constant growth in demand for labour.

The solution, companies like logistics firm Geodis believe, is to bump up the number of cobots in their distribution centres. According to a Wall Street Journal report, the French company boosted its robotic workforce by 75% to cope with a dramatic uptick in fast fashion orders over the holidays.

Supplying more than 500 of these robots to an array of logistics firms this holiday season is Locus Robotics, a five-year-old company based in Massachusetts. Locus’ robots are designed to work alongside humans, deploying lasers, cameras, and other sensors to aid their human co-workers. They can direct their human counterparts to the proper aisles and shelves, or carry bins of items between workstations. Locus claims that a deployment of its fleet can increase picking efficiency by as much as 300% and increase accuracy to nearly 100%.

Boston Dynamics - an arm and some legs

(In)famous for its attention-grabbing videos of bipedal and quadrupedal robots crossing assault courses, doing parkour and even opening doors, Boston Dynamics has been pushing the envelope when it comes to robotics for more than a decade. However, the Massachusetts-based company had been slow to produce a robot that it can take to market, until September 2019 when it launched Spot.

Standing roughly three feet tall and weighing in at about 70lbs, Spot is a four-legged, semi-autonomous robot with exceptional balance and agility. The unit’s top speed is 3mph, it can carry up to 14kg and its battery lasts about 90 minutes. Boston Dynamics has started renting Spot units to industry partners for roughly the cost of renting a car. The general consensus is that, having created something undeniably cool, the company is trying to figure out whether or not it’s created something useful.

At first glance, it’s not explicitly clear whether or not Spot is a true cobot or a robot designed to replace human labour, rather than complement it. The answer to that question will undoubtedly lie in the two ports on Spot’s back. These points allow for modular attachments to be added to a Spot, like the articulated arm that allows it to open doors. The added functionality of these attachments - which users can add to the units themselves - means that Spot units could serve as everything from a methane detector in a mine far underground to a workshop assistant, or even a location scout for movies - although Boston Dynamics has emphatically stated it will not sell or lease Spot to any organisation that would use it for harmful purposes, so a small weapons platform looks to be out of the question, for now. Also, Spot units fulfil the other main criteria for a robot to have potential as a cobot: harmlessness. The units are cute, yellow, and about the size of a labrador. And they dance.

Old-world offices are moving to the metaverse

It’s not just the well-worn web brands that make the metaverse. As more companies go virtual, is this “the nail in the coffin” of traditional workplaces?…

The automotive industry is gearing up for quantum, according to Capgemini research. But companies yet to start the journey could be headed for a crash…

Manufacturing tech leaders making most money in the cloud

Manufacturing companies are at the vanguard of cloud adoption. But marketing and financial management sectors are gaining ground and attracting investment…