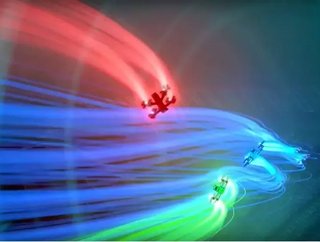 Drone Racing League has secured $20m in Series B funding ahead of the new 2017 season, courtesy of investment from Sky, Liberty Media Corporation and Lu...

Drone Racing League has secured $20m in Series B funding ahead of the new 2017 season, courtesy of investment from Sky, Liberty Media Corporation and Lux Capital.

Title sponsor Allianz and the World Wresting Entertainment led the way as new investors, helping to raise around $32m in funding for the amateur drone racing scene.

Having raised $12m last year, a surge in popularity has resulted in the DRL nearly doubling their investments ahead of working 'strategically' with its new partners.

"We're incredibly proud to announce new partners and investors aligning with DRL to solidify drone racing as the sport of the future," said Nicholas Horbaczewski, CEO and Founder of DRL.

"Over the past 18 months, we've committed to building a technology company that can capture the imagination of new sports fans around the world. The support we have from some of the most respected brands and investors is helping us rapidly realise that vision."

The new season takes to the skies on June 20th, with a deal in place for broadcasts on ESPN, Sky Sports and DisneyXD in an attempt to capture a youthful demographic, whilst the partnership with Formula 1 owners Liberty Media could see the two racing sports entwining.

Since its establishment in 2015, DRL has certainly built up a following - last season, over 75 million tuned in to watch the races either online or via ESPN. The new broadcasting deal will look to amplify its reach, spreading the content across 75 different countries - an increase of 35 on last season's tally.

The season finale will be the UK's first professional drone race and will crown the "World's Greatest" in drone racing, with competitors flying a uniquely designed course through the entire building.