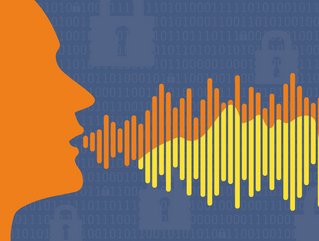 Research from RedBox was taken from UK and US tech leaders, suggesting AI can understand emotions and conversation sentiments better than humans

Working alongside global research partner, Censuswide, Red Box surveyed 801 business leaders to find out how they are using AI to listen within their businesses. The results, which include insight from 501 US business leaders and 300 from the UK, were collected in April 2022.

Many found AI to be superior at performing repetitive tasks (42%) and problem solving (33%) as well as more typically humanistic tasks such as transcribing complex conversations (35%) and understanding individual employees or customers (37%).

As private investment in AI is revealed to have more than doubled in the past year to $93.5bn, as the belief grows among tech leaders that AI is superior to humans at analysing conversations and reading emotions.

Whilst AI is typically seen to be best applied to data analysis and problem solving, nearly one in three (30%) UK tech leaders believe AI can understand emotions and conversation sentiments better than humans.

Voice software at an inflection point

It’s widely accepted that the ability to ‘listen like a human,’ or interpret human conversations as effectively as people can, will become a reality in the next ten years, and almost a third (30%) believe this is likely to come to fruition in the next five years.

Richard Stevenson, CEO of Red Box, suggests that voice capture software is reaching an inflection point: “The incoming voice data revolution backed by UK technology leaders is now clear for all to see. There is a belief amongst the chief decision makers working in UK businesses that those elements of human interactions that were thought to be beyond the reach of technology have been thrust into the grasp of AI – the productivity and efficiency gains this could bring are immense. It is now time for the industry to invest in conversational AI, unlock these benefits and utilise the vast swathes of data held within everyday conversations.”

AI is playing a key role in the proliferation of remote or hybrid working, with a third (33%) of those surveyed said conversational data is already assisting compliance challenges which became a pressing issue for many businesses through successive lockdowns.

35% of those surveyed believe AI is superior at understanding regional dialects and accents as well as interpreting multiple languages – crucial as workers and customers become increasingly remote from one another.

Aurelie Cnop, Academic Director of the Master in Digital Transformation and Leadership at ESCP Europe, says: “Today’s artificial intelligence is mainly based on machine learning that can be incredibly efficient in solving certain tasks that do not require true intelligence, where intelligence is defined as understanding. AI is known to look for patterns and understand what the consumer wants, but of course this will still have many limitations. Looking at developments in neural technology and data analytics, as well as increased computing power, it is clear now that AI will progressively augment and streamline many human activities in the next five years.”

With over 1,500 global customers, Red Box is trusted by six of the world’s top banks, 85% of global interdealer brokers, 500+ call centres and over 70% of UK police forces to capture and secure millions of calls daily.