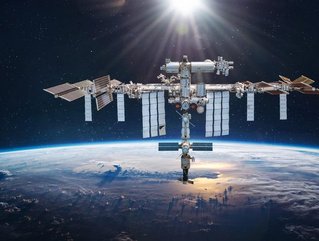 SpaceChain says its latest mission to the International Space Station via a SpaceX rocket blazes a trail for off-planet, high-speed blockchain processing

SpaceChain has successfully launched its second Ethereum Virtual Machine (EVM) payload into space aboard a SpaceX Falcon 9 rocket for installation on the International Space Station (ISS) via a SpaceX Dragon 2 spacecraft.

The mission marks SpaceChain's seventh successful blockchain payload launch into space and the second integration of its payload with the open-source platform Velas.

Once installed and tested on the ISS via Nanoracks, the space node will be capable of processing Velas blockchain on the ISS and sending Velas digital assets from space, say the SpaceChain team. These might include tokens and NFTs, in addition to performing complete high-speed transaction services across the Velas platform, including smart contract deployment and coin minting.

Founded in late 2017, SpaceChain aims to bring advanced security and global access, integrating software-defined payloads to progress blockchain applications in orbit. The company currently has a network of nodes operating on satellites and aboard the ISS.

SpaceChain says the latest mission validates the possibility and feasibility of performing high-speed blockchain processing in space, and serves as a successful scientific demonstration of the company’s highly integrative space-as-a-service solutions with EVM compatible blockchain technology.

"As the world's most progressive enterprises take their businesses to space, they will require a high-speed decentralised infrastructure to meet demands and growth fuelled by protocols and financial applications," says SpaceChain CEO Cliff Beek. "Our collaboration with Velas will help lay the foundation for high-speed and ultra-secure blockchain processing and transactions in space, which we believe will become increasingly crucial for those looking to harness space technologies for competitive advantage in the burgeoning space-for-earth economy."

SpaceChain recognises the robust growth of the market since the company’s formation, says Beek. “Some new entrants have achieved fabulous success, though the use cases for constellations did not necessarily ignite differentiation for industry. For SpaceChain, however, we view this as a commercial opportunity - lower launch cost, increased space assets in orbit, and refreshed platforms all have created the perfect environment for us to monetise and accelerate growth.

Farkhad Shagulyamov, Co-Founder and CEO of Velas, says: "It is a historical milestone for Velas to have our integrated space node tested on the ISS through SpaceChain. We are thrilled to see this vision realised, which took many months of planning and coordination with stakeholders in the space industry. We are looking forward to strengthening our collaborative effort with SpaceChain to create innovative solutions and business use cases in the near term."