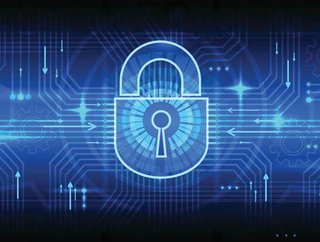 A merger between cybersecurity companies NortonLifeLock and Avast has been given the green light, after the UK regulator cited competition from Microsoft

A major merger between two cybersecurity companies has been given the final go-ahead, meaning the US$8.6bn deal can be completed.

NortonLifeLock, a consumer cyber safety company, and Avast, a global digital security and privacy company, became one company on September 12th after the competition authority in the UK said the merger would not give the new company an unfair advantage.

Last year it was announced that the two companies intended to join, creating a company that could serve over 500 million users and net some US$900 million in quarterly revenues.

The boards of NortonLifeLock and Avast said at the time that the merger had a compelling strategic and financial rationale and would represent an attractive opportunity to create a new, industry-leading consumer cyber safety business.

But after an initial investigation the Competition and Markets Authority (CMA) concluded that the deal raised a ‘realistic prospect of a substantial lessening of competition’, and referred the merger for an in-depth Phase 2 investigation.

But improved offerings by Microsoft and other competition meant the merger wouldn’t raise competition issues in the UK, the CMA said, clearing the deal.

“In recent years, Microsoft has improved its built-in, bundled security application so that it now offers protection which is as good as many of the products offered by specialist suppliers,” the CMA wrote in its final assessment. “In addition, applications recently launched by Microsoft for its customers bring its cyber safety offering closer to those of the merging businesses and are likely to further strengthen Microsoft as a competitor going forward.”

Kirstin Baker, chair of the CMA inquiry group, said: “Millions of people across the UK rely on cyber safety services to keep them safe online.

“Phase 2 investigations allow us to explore concerns identified in our initial review in more detail, as we gather further information from the companies involved and other industry players. After reviewing the evidence in an in-depth review, we are now satisfied that this deal won’t worsen the options available to consumers. As such, we have concluded that the deal can go ahead.”

“It's been more than a year since Avast and NortonLifeLock announced our intention to merge,” wrote former Avast CEO Ondřej Vlček in a blog post. “One of the main reasons was to be able to put even more resources and expertise into new products and customer experience, thereby moving the entire cybersecurity market forward.

“We are at the start of building a new company that will change the cyber safety industry forever, and that will fundamentally advance the theme of protecting freedom in the digital environment. And I find this incredibly exciting. In the words of Winston Churchill, ‘This is not the end. It is not even the beginning of the end. But it is, perhaps, the end of the beginning.’”

"We believe that everyone deserves the freedom to live their digital lives to the fullest," said Vincent Pilette, CEO of NortonLifeLock and the combined company. "Half a billion users trust us to protect and empower their digital lives, and now that NortonLifeLock and Avast have come together, we plan to redefine and reimagine Cyber Safety for consumers and small businesses around the world."