How blockchain can tackle piracy in entertainment 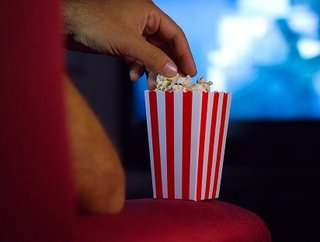 Could decentralised content streaming be beneficial to the entertainment industry? We examine how blockchain could shift the power back to the creators

By the end of 2022, it is anticipated that piracy will have cost all of the industries a total of US$51.6bn. This forecast is based on the rapidly increasing rate of illegal streaming and downloading, which has resulted in a loss of US$6.7bn for the industry.

As a peer-to-peer network, blockchain technology essentially eliminates any central authority. The benefits of a P2P network is that it provides features without using one single server,  instead working by distributing the media content.

Akash Takyar, CEO of LeewayHertz – a software developer for startups and enterprises – explains how “video content curators benefit from the decentralised mechanism of blockchain, because they directly publish and deliver the video content to their audience without any intermediary intervention or central server”.

Takyar suggests that, with a P2P network, “the probability that one stream can split and get scattered is higher. This happens because the replication rate of the video streaming is higher in P2P than it is in the client-server CDN structure. Creators and audience – both parties have access to join the blockchain network without any intermediate controller”. 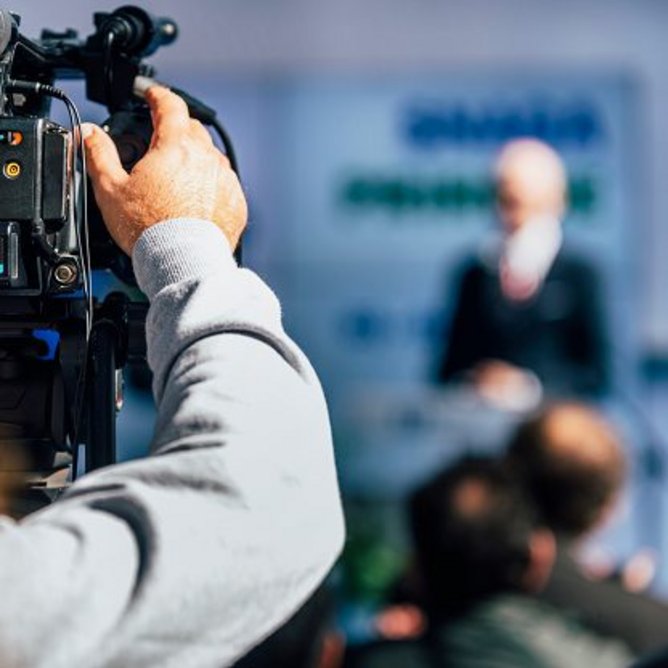 Piracy the biggest threat to the entertainment industry

Robert Kviby is chairman of Staccs entertainment agency, where piracy is largely viewed as a problem of imbalance between traction and friction.

“Traction is, in the case of long-form music and film, created by a feeling of must-have exclusivity, quality and availability,” said Kviby.

“It’s an ongoing tug of war, and the balance between the sides can only be affected by either increasing traction or decreasing friction, or both. If there is a negative balance – that is, the friction exceeds the traction – then you will have piracy,” said Kviby.

“While the numbers continue to rise, an increasing number of businesses are looking to the technology of blockchains to assist in slowing down, or even halting, the escalating piracy. The most practical applications of blockchain technology that have been developed so far by the companies that are involved are central storage and sharing platform services, which embed block-chain-based infringement monitoring to assist media owners in detecting content leakage.

“In addition, the system can provide each viewer with a copy of the content that contains a distinct digital fingerprint, which can immediately be used to locate the original pirated content.

According to Linde, it is only a matter of time before we see a change in the losses that can be attributed to piracy, “considering the amount of investment that has been made in blockchain technology in the direction of reducing piracy and the success that has been achieved so far”.

Linde alluded to several blockchain projects in development to manage the risks associated with piracy:

2.) MovieCoin – the distribution of content that has been funded using MovieCoin tokens.

3.) RNDR, or distributed GPU rendering – an early example of a paradigm that demonstrated how distributed computing could be applied to the process of film sharing. 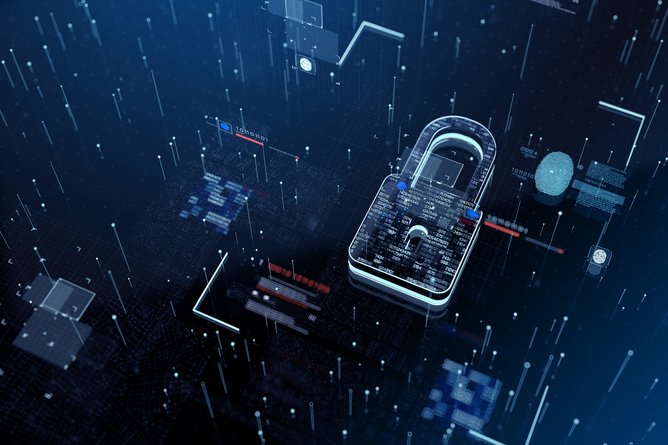 Lars Seier Christensen, chairman of the Concordium Foundation and founder of Saxo Bank, believes the protection of intellectual property rights through tokenisation is potentially the biggest prize out there waiting to be collected.

“Currently, we hand over our articles, videos, comments and artworks to an array of social media channels that fail to recognise or protect the rights and work of both professionals and amateurs, and that also fail to pay them the full value of their work. Trillions of dollars of IPR value is inadequately protected and monetised”.

But Christensen thinks that this is about to change, as blockchain technology delivers many components that can help create a better future for artists and entertainers.

“The ability to register, without ambiguity, the ownership of their work on tokens via a blockchain secures immutability in terms of proving ownership, the right to sell, licence or rent the works, transfers control back to the artists themselves, while taking it away from social media platforms and other rent seekers.”

Presently, fraud can be combated efficiently through the use of ID-focused blockchains such as Concordium, where both the registered works and their current owner can be established with certainty and with immutable data registrations.

“To understand the tech may be complicated, but the outcome is not: imagine a world where the entertainer (and whoever he or she may share his rights with) has complete ownership of their works, can distribute directly to their fan bases, can set the terms of any sales, and receive immediate, 100%-accurate payment. Where SoMe platforms no longer own your ID and the content, but return to a more natural marketplace with users in control. This is the promise of blockchain and tokenisation – and it is inevitable, in my view,” said Christensen. 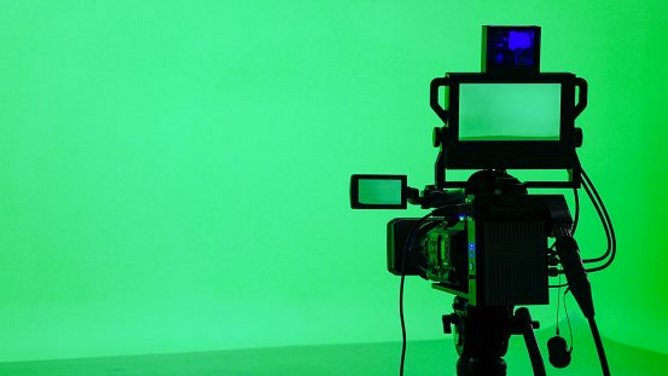 Inder Phull, CEO and co-founder of music metaverse PIXELYNX, thinks that blockchain alone will not be enough:

“In order for this solution to really scale, tokenisation of music has to happen at the point of creation. As soon as a track is made, or a piece of IP is completed, it should be tokenised and put on the chain right then and there. Once it’s there, we know who owns it, and we know who should be paid. Once you’ve got that information baked into a track from the very start, you can start to manage usage rights in a more transparent way upstream.

For this to work for everyone, according to Phull, it requires a cohesive approach that could be achieved through DAOs.

“MODA DAO is creating a set of NFT standards related to on-chain metadata. If the music industry joins the DAO, they can help shape these protocols and adopt technology that will become ubiquitous. Without that synchronisation, we just end up going back to the same problem – which is that everything's too fragmented to manage, with each platform using their own systems and protocols,” said Phull. 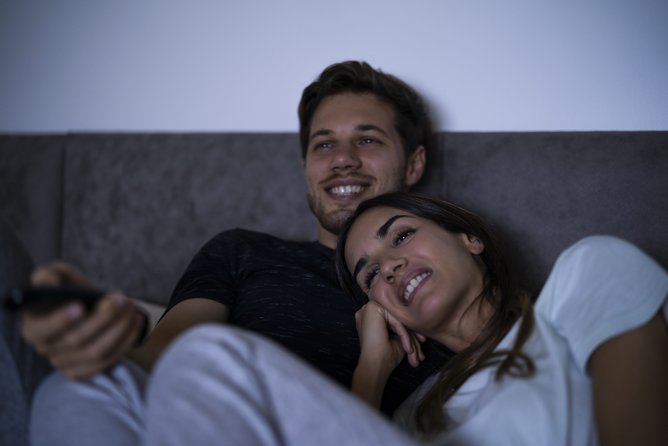 “Vevue, for example, is working on a blockchain streaming service that tracks media content and can identify if, when, and by whom it has been plagiarised. A South African blockchain startup called CustosTech has built a digital watermarking technology on the bitcoin technology that is impossible to remove or even detect. The watermark is an encoded bounty that can be traced. It serves as an incentive for others to report when they come across illegal films, music, or games.

“Last year, Microsoft announced it would use the Ethereum network to fight piracy via an incentive mechanism similar to the one from South Africa,” said Dr. Fan.

“It also uses a watermarking algorithm that enables backtracking of content that has been pirated. Blockchain allows time-stamping in an immutable, tamper-proof way, making plagiarising previously copyrighted material impossible. Again, blockchain cannot eliminate piracy entirely, but it can provide owners of intellectual property tools to better monitor and protect their work,” he said. A diverse and fragmented piracy ecosystem

Blockchain, although potentially helpful in catching bad actors, is primarily a reactionary tool at the moment.

That's according to fintech and blockchain expert, Viktor Prokopenya, who added: "Its prime role in the fight against piracy is in helping to establish easily who owns rights. Blockchain is not in itself the technology to fight piracy - it is just a ledger that can help to track and establish clearly who owns what. Then it is up to governments to establish easy litigation mechanisms to allow artists to complain if there is an issue".

The piracy ecosystem is diverse and relatively fragmented, with a multitude of methods used by bad actors. Currently, blockchain has evolved into two use cases, content surveillance and digital watermarking, which both focus on tracking the movement of digital assets.

Prokopenya explains that "content surveillance solutions such as Vevue are able to track the last device that a pirated asset was viewed, whilst Digital Watermarking solutions such as CustosTech offer rewards to “pirate hunters” who go searching for watermarked pirated copies of an asset that can then be used to back-trace the original pirate.

"There is certainly room for innovation in this space, which would be catalysed by increasing regulations that can help mitigate the risk of pseudonymity of blockchain technologies".

That said, he continued, "policymakers are likely to be met with fierce resistance, especially from advocates for anonymity through distributed ledger technologies".