Delivering value to the end user with a serverless cloud 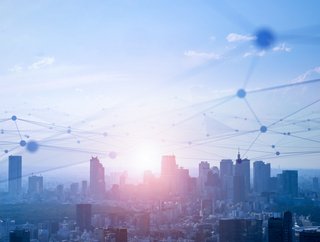 As many companies move into the serverless cloud, there’s seemingly no stopping the momentum. But is there more to this than we imagine?

Going serverless is certainly alluring for the potential cost savings of only paying for what you use, and saving on lack of infrastructure related expenses such as maintenance. It enables greater scalability compared to on-site servers, allowing for quick accommodation to evolving market demands and developers like serverless as they can focus on code and not on the infrastructure too.

Andrew de Rozario, Lead Engineer at AND Digital, says that the serverless value-based consumption model really changes the playing field in terms of risk vs reward, by ensuring costs incurred to companies are directly correlated to value delivered to the end user.

“It’s the next-generation of cloud computing. As a term in its own right the word ‘severless’ is a bit of a misnomer: servers are still actually involved. However, the key difference with more traditional forms of the tech is in how the servers are implemented and managed,” he said.

Going serverless means the service provider or vendor takes care of provisioning a larger proportion of the infrastructure and many of the associated responsibilities. This means organisations can save themselves the time and hassle spent on server provisioning, ensuring functionality, creating test environments, or maintaining server uptime.

One of the overriding benefits to serverless, according to de Rozario, “is that computing can become event-driven and 100 percent automated, meaning it only dedicates underlying computing resources to what is absolutely necessary. It doesn’t even require the full interaction or maintenance of humans – unlike more traditional servers, some of which can be extremely labour intensive to maintain and operate.”

“Speed is everything in today’s competitive global market. Cloud by its very nature provides businesses with the agility and speed they need to meet the digital demands of customers and end-users. As serverless requires zero hardware maintenance, engineering teams are freed up to focus on innovation. As a result, new applications and enhancements to existing ones can be spun up at a faster rate and on a more regular basis. Not only does this provide developers with greater job satisfaction, it also means that business can stay ahead of the competition, ” he added.

The pay as you go approach

The pay-as-you-grow pricing model that’s enabled by serverless database services is extremely attractive to cost-conscious enterprises, as they only pay for consumed storage and database operations that are actually executed. You can use serverless so that complexity gets taken care of in the backend automatically. Any developer can achieve what they want to around scale. Capacity planning will be a thing of the past.

Tom Christensen, Global Technology Advisor and Executive Analyst at Hitachi Vantara, says that the demand for innovation amid the pandemic has resulted in many organisations experiencing the urgency to containerise their legacy applications to stay competitive.

“There are several reasons why serverless cloud and its ‘pay as you go’ approach is favoured by many Chief Information Officers (CIOs). Throughout the pandemic, there has been extensive pressure on CIOs to create applications much faster than they have done in the past. To address their business goals in their current state and as they evolve over time, CIOs need the best infrastructure choice for every workload, with the ability to leverage on-premises interchangeably with public cloud services. This is exactly what a serverless cloud can offer.”

Craig Kitterman, VP Product Management at DataStax, remarks that companies and developers have been looking to adopt serverless architecture for its ease of deployment and reduced cost, but only a few organisations truly know exactly how many servers they’ll require to handle their database needs for any given period of time.

“For most large enterprises whose success depends upon flows of multiple terabytes of data in often unpredictable surges, this is rarely the case. Capacity planning is a guessing game, especially when an organisation’s lifeblood is real-time, streaming data that enables it to perform real-time analysis to deliver rich and engaging interactions to users.

With storage that’s connected via the network, and thus decoupled from compute, scaling a database no longer requires rebalancing the data, and scaling up and down becomes easier—and faster. This has opened the door for truly “serverless” database services, according to Christensen, where data is stored separately from computers.

“One particular drawback of serverless is the cost of running in the public cloud. While it may be cost-effective in the long run, many organisations are first required to pay an upfront cost, while also investing in the time and effort taken to upskill the workforce needed to manage their applications.”

“Even for advanced cloud users – i.e., the organisations that have used cloud for some time and built up their cloud experience – cloud spend can quickly become an area of concern. Wasted cloud spend is a major issue and becomes more critical as cloud costs continue to rise. When working with customers to identify waste, some organisations have found that, on average, waste can amount to 35 percent or even higher. This is why a private cloud within a cloud operational model is imperative.”

Success with serverless cloud is often reliant on a positive, forward thinking workplace culture that is committed to achieving cloud-enabled, next-generation infrastructure. Likewise, due to the cross-collaboration required between teams, serverless could even call for an organisational restructure or long-term effort to upskill the entire workforce – an expense not all could afford.

“You’ll also need to be fully aware of service provider lock-ins”, says de Rozario. “Third-party vendors restrict resource limits, which means serverless computing is not ideal for high performance computing operations. Even if there were no such limits, certain applications would not be cost effective from a third-party vendor. As with any cloud service, you’ll also want to be aware of vendor lock-in, and what you’d need to do in order to switch serverless providers,” he said.

Functions as a Service (FaaS) can be perceived as the expression of the “cloud”. Based on our recent report – key benefits of the cloud include time to market, agility and ability to scale – FaaS is the leader to deliver that value.

“Some people still perceive the cloud as “someone else’s computer” – they only see the cloud as an infrastructure provider, that it brings limited value in scalability, and availability on demand. But true value comes with higher levels of services, where common administration concerns like maintenance, updates, security management or capacity planning are automated. Delivering a new feature is nearly as easy as it is to develop it,” said Krzysztof Szabelski, Head of Technology at Future Processing.

“However, implementing a FaaS approach doesn’t come without its challenges. For example, it is nearly impossible to “migrate” to FaaS as systems or their parts need to be designed and developed specifically. Sometimes specific vendors and costs of potential exit are high. What’s more, there is a lack of skilled architects and engineers in the market as it's still considered a new concept and technology”, he added.