Nowadays, the technological sphere we live in is radically changing the way we interact with our ecosystems, from our work environment to the way we shop.

Behind this progress there are companies that, through their leadership and innovation, are harnessing, promoting and creating new technological solutions to give the best to businesses and clients. Companies that are committed to integrating technology in people’s lives in the digital era.

Business Chief Latin America had the pleasure of speaking with Galib Karim, Vice President of Avaya Americas International, about his extensive career, Avaya’s new vision and the technological innovations that are being created.

A long career of passion for technology

Karim began his career in the industry more than 25 years ago, following his passion for how technology impacts and improves people's lives.

After co-founding InterVan (Mexico's first public data network) and developing roles as Channel Director for Latin America at Bay Networks and President of Nortel Mexico, Karim joined Avaya eight and a half years ago. Initially Director of Avaya Mexico, he assumed his position as Vice President of Avaya Americas two years ago.

“Joining Avaya as Managing Director for the Mexico region was a very interesting challenge… the one of a region that has a lot of growth potential. After eight and a half years, we have gone through many processes, it has been an exciting race with periods of great growth. We are currently in another similar period with a lot of activity," reflects Karim.

Winds of change at Avaya

Avaya was born as part of AT&T to later become part of Lucent Technologies, with focus on telephone and television. In 2000, Avaya became independent and moved its headquarters to Santa Clara (California), specialising in unified communications and services for contact centres and businesses.

Today is a multinational that generates more than US$3.27bn annual profit; it has undergone a recent restructuring after Chapter 11 and last January saw its return to the New York Stock Exchange following growth plans.

This new approach was shown at the 13th edition of Avaya Engage, the conference organised by Avaya that was held on 21 June at the Citibanamex Center in Mexico, sister event of Avaya Engage held in New Orleans in January.

Under the motto “Welcome to the Connected World”, the event was presented by Jim Chirico (CEO of Avaya) and brought together more than 3,000 clients, prospects, partners, CEOs, analysts, speakers and journalists to participate and share knowledge about the future of the communications software industry and the impact of digital disruption. The main focuses were the cloud, artificial intelligence, the internet of things, blockchain, the automation of workflows and data conversion.

Among the lectures offered by experts and industry professionals stood out Karim himself with Welcome to the Connected World, Marc Randolph, Co-founder and first CEO of Netflix, with The Story of Netflix, Roy Campos, President of Consulta Mitofsky, with his conference Political and Social Perspectives Towards 2018 and Joan Laporta, Former President of FC Barcelona, with Barça a Success Model.

Avaya Engage is part of the events and conferences exploring new technologies that Avaya is offering worldwide; the InnovationTour will be held in Sao Paulo and Bogotá in Latin America as well as in the United States and Asia-Pacific.

Technology that is changing the way we communicate

If something characterises Avaya is its ambition to innovate and, above all, to put technological innovation that comes from the future to change the present at the service of users.

The company has open standards as its philosophy and its passion for helping, enabling and providing technological solutions and services makes it possible to integrate all the communication elements of a company so that it reaches its customers through any digital channel (including social networks).

This effort not only encompasses the corporate sphere but also helps citizens, as Avaya Americas International collaborates with governments throughout the region and has also ventured into the automotive industry by installing software solutions for smart car data management.

The company completely aligns itself with what its clients need to help them navigate the sea of digitalisation: "We understand the strategy or the digital agenda of our clients. Each client has different objectives in terms of a digital strategy plan. I would say that practically all clients have a digital agenda today and what we try to do is to embed ourselves in it to really collaborate with them and help them in their transformation. With each client we have a different process, each company has its own challenges, has its own objectives and technology is an enabler of them," explains Karim.

A solid relationship of trust in its employees

In May 2018 Avaya was recognized as Partner of the Year by Verint Systems, the New York-based software and hardware firm for customer engagement, security and business intelligence.

For 17 years, Avaya has been recognised as a leader according to Gartner's Magic Quadrant and is number one in the contact centre infrastructure industry in the region. This is proof of the excellent valuation that Avaya enjoys in the market from industry leaders, clients and collaborators.

With a base of more than 50,000 clients in Latin America, many of them are long-term established allies that have relied on Avaya to grow and mature in their digital transformation process.

"I believe that there is a relationship of trust in the brand, there is an indisputable recognition of our technology from our clients that really is a technology that has always been mission critical, that has opened standards and that is why many clients have continued with us through over the years," explains Karim. “When we look for new clients, we try to do the same, to develop that kind of relationship and that in the end our technology has adequate service and support so that we can really give our clients the results they need.”

The team that makes it possible

If there is a concept that Karim emphasises it is the trust that Avaya places in its team, a network of 1,200 experts divided among 20 offices in Canada, Miami, Mexico, Colombia, Brazil and Argentina. Avaya professionals have a deep knowledge not only of the company's ecosystem, but also of the technological environment that is blossoming within the industry.

"We have very experienced collaborators specialised in different technologies, in trends, in everything that is happening to really be advisors in anticipation for clients. Many clients trust in us their strategic technological decisions.”

This confidence in his team is clearly reciprocal since the linear, balanced and little hierarchical organigram of Avaya, its flexibility and its initiatives of virtual offices and work mobility have earned the company recognition as being “one of the best places to work" by Expansión magazine in Mexico, along with similar awards in Brazil and Canada.

In relation to its 1,000 business partners, Karim highlights Dell and Telus in Canada, Alestra and Telmex in Mexico, Cable & Wireless and Digicel in the Caribbean, Telefonica, Conix, RT4, Anixter, Amazon Web Services, Asure and Claro as partners key that have helped and continue to help Avaya achieve its success and leadership.

Looking to the future, Karim views Avaya as a very important player in cloud solutions, digital transformation, automation, artificial intelligence and the current emerging technologies that are being developed.

"I believe that in five years we will undoubtedly be much more an artificial intelligence and cloud company. I believe that this is where our transformation is heading,” Karim concludes. 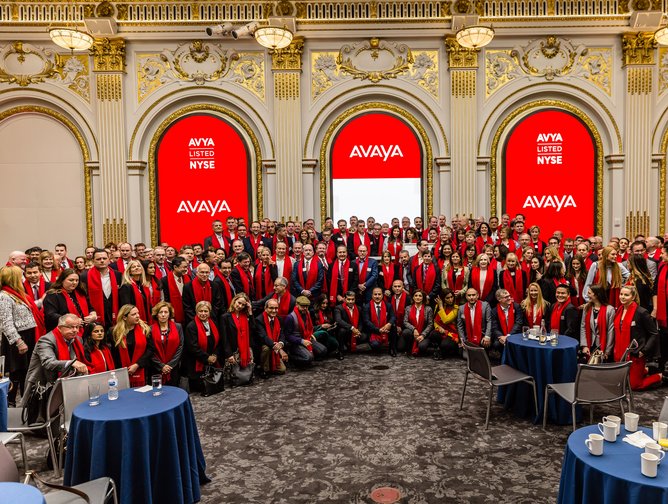 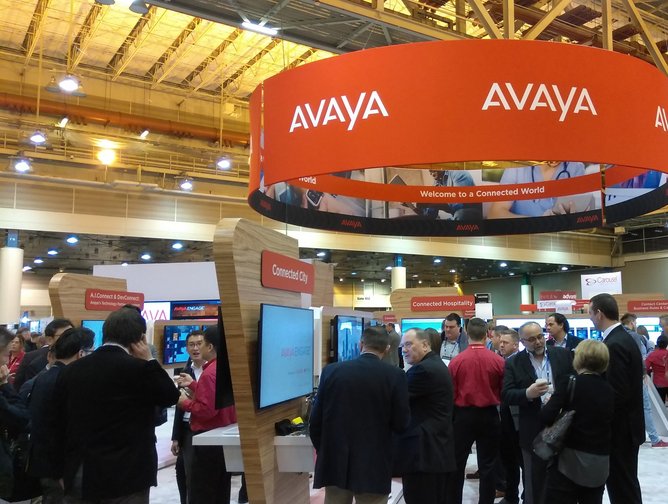