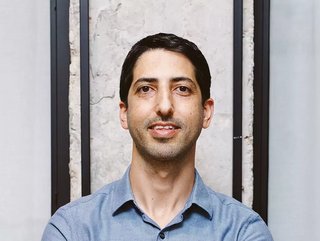 Anima was founded in 2017 by Avishay Cohen (CEO), Michal Cohen (CPO), and Or Arbel (CTO), all veterans of prominent Israeli startups. Anima’s design to code platform was born in the summer of 2018 at Y Combinator and never stopped growing from there.

Their goal is to create a continuous design-to-code process. As designers and developers ourselves, they understand that by streamlining the 'handoff' process, teams will deliver and innovate 10x faster - resulting in advanced prototyping features and the ability to translate designs into HTML, React, and Vue code, all from Figma, Adobe XD & Sketch.

The significance of friction between design and development

This friction between designers and developers is a well-known issue and something all of us founders have experienced - it's at the heart of why we built Anima.

When building software products that are full of UX, both the designers and the developers are frustrated.

The outcome is that things just get lost in translation and to make matters worse, crazy time constraints just mean that in the end, everyone has to compromise somewhere along the line. The product is always affected in the end.

How does Anima solve this friction?

Anima solves this by taking on the biggest pain point without making radical changes to the way the product teams work. Anima is not the only solution out there trying to solve this problem, but what makes Anima different is that we are not reinventing the way teams design or code.

In the current market, you can easily find great and simple use-case solutions for no-code tools, like Wix or Webflow. This is great if your goal is to create beautiful websites. However, the moment you bring a developer into the mix, these solutions aren’t really for you.

The code you get from no-code tools is not code that anyone can read or maintain. This is why product companies and companies that are building SaaS, apps and complex websites really need a solution with code that developers can use and work with.

Nearly every product company out there today is using handoff tools such as Zeplin, InVision, or Figma’s built-in tool. Yet, developers are still stuck in a rut of searching for images and reproducing them in code. This means loads of grunt work, and this is where things start to get lost in translation.

This is why we built Anima — a design-to-code platform automating this entire process. This means that designers can continue to work in their own design tools (i.e Figma), and developers can produce developer-friendly code with Anima.

PhazeRo is one of our users and a really good example of how Anima solves the pain point I spoke about earlier. It is a company that provides a range of services to its customers. A huge part of its service is software engineering, interaction design and web development. They build products such as websites and applications for their customers.

They discovered Anima through their head designer and were able to increase their productivity by 30%, shaving off several weeks of development. They told us that Anima helped them increase the quality of their end products substantially because it freed them up to focus on usability testing and final touches, and this is because their developer and designer teams now work in a very continuous way.

The CEO promoted the designer for finding Anima.

What market trends do you see developing over the next 18 months or so?

One of the things that we can take from 2021 is that React continues to be the most popular JavaScript framework. React won Vue, Angular, and last year even passed JQuery, being used by 40% of web developers (Stackoverflow).

Anima generate the best quality React code from UI designs. We will of course support other frameworks more and more, but the focus will very much be rooted in this trend because it is clear that this is what developers want.

Another thing that is interesting to see is the rising popularity of TypeScript. It is now the #4 most popular language. This signals about the future of front-end and back-end, and many developers anticipate that JavaScript will adopt TypeScript features as native JavaScript.

With multiple teams working with different frameworks, micro-frontend is ideal as it allows multiple frameworks to play nicely together in the same app, making everyone happy. It is now growing in popularity, and the latest React update has focused on enabling micro-frontend architecture as well. By breaking down the monolithic structure into different components, it enables independent applications, which means engineers can work on separate components of a single codebase and still develop for the same frontend. This is why companies are adopting this more and more to improve their UI development, for example, Spotify and Starbucks, to name a few.

There are more interesting trends, like the return of server-side-rendering for SEO and performance (see next.js), and dedicated hosting for front-end (i.e Netfily, Vercel, AWS Amplify), and a lot is happening these days. Exciting times to build the front-end!